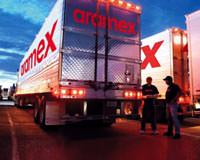 Global Capital Management, the alternative asset management arm of Kuwait's Global Investment House, is planning a $350 million private equity fund in Turkey, one of two funds the firm is eyeing for launch, its managing partner said on Monday.

"We plan to raise $350 million for a fund dedicated to Turkey," Rajiv Nakani told Reuters on the sidelines of a private equity conference. "We'll be going up to the market again in early 2012 to talk about a GCC fund."

Nakani said both funds would invest in consumer-centric sectors such as financial services, logistics, retail, healthcare and manufacturing.

Nakani said the company is also in discussion to exit its investment in Kuwait's Al Rayan Holding, although he did not provide a timeframe on any deals.

"We will probably come out with a 10 to 15 percent (initial rate of return) on that," he said. "That is where our valuation is and hopefully the valuation of the buyer would come more or less in line."