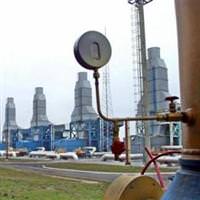 Azerbaijan's gas reserves are expected to rise to 2.5 trillion cubic metres from a previous estimate of 2.2 tcm after a major gas discovery in the Caspian Sea by the French group Total , a vice-president of Azeri state energy firm SOCAR said on Monday.

Total said on Friday it had made a major discovery at Azerbaijan's offshore Absheron block estimating its potential reserves at several trillion cubic feet of gas and associated condensates.

"This prospective structure's reserves may be estimated at 350 billion cubic metres (bcm) of gas and 40 million tonnes of condensate," Khoshbakht Usifzade told reporters.

"So, if Azerbaijan's total gas reserves have been previously estimated at 2.2 tcm, this indicator has now reached 2.5 tcm," he said.

SOCAR and Total signed a deal on exploration of the Apsheron gas field in February 2009. GDF Suez joined the project later.

Chevron , Total and SOCAR started exploration at Apsheron gas field at the end of the 1990s, but pulled out of project as did not discover enough volumes of gas.

"The discovery at the Absheron gas field proves that Azerbaijan has a big potential to become a major gas exporter in the world," Usifzade said.

He said that after further exploration drilling of 44 metres deep, the drilling would be continued in a different direction for another 1,500 metres.

"That bent drilling is expected to be completed in the first half of 2012," Usifzade said.

The country plans to produce 28.0-29.0 bcm of gas this year with the bulk of sales going to Turkey and Russia.

It hopes to increase sales substantially when a EU-backed pipeline Nabucco is built to link Caspian fields with southern Europe and help lessen dependance on Russian gas.

Its biggest gas deposit is Shah Deniz, which is being developed by BP and Statoil as well as SOCAR and some others. It is estimated to contain 1.2 trillion cubic metres of gas. Production was launched in 2006, and the second phase is expected to start by 2017.

In November 2010 Azerbaijan said it had found at least 200 bcm of gas at the Umid field in the Caspian Sea, discribing it as the largest discovery since the giant Shah Deniz.