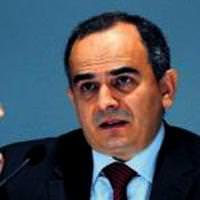 The major emerging economy continues to grow at a rapid pace, but economists fears about overheating have given way to worries that the darkening outlook could undermine sentiment and hurt the economy.

The bank had signalled on Tuesday it could do this as an initial step in easing policy if global economic problems intensify. Analysts said then the move would ease pressure on banks and free up some cash in a difficult economic environment.

"Recent developments have led to increased concerns regarding sovereign debt problems in some European countries and the global growth outlook," the central bank statement said.

It said it was taking the series of measures: "not only in order to meet the Turkish lira liquidity needs of the banking system in a more permanent way and lower cost, but also to support and use central bank's foreign exchange reserves timely, controlled and effectively."

The bank said gold deposit accounts, which have shown a rapid increase in recent periods, have also been included in reserve requirements with an amount of about $685 million to become subject to required reserves for the Oct. 14 period.

The overall limit of export rediscount credits had been increased to $3 billion from $2.5 billion. These credits are provided in Turkish lira and their repayments are made in foreign currency and their increased used will increase the central bank's foreign exchange reserves.

At the central bank's monetary policy committee meeting on Aug. 23 the bank held its policy rate at 5.75 percent in a move seen aimed at supporting the ailing lira.

However, it reiterated that all policy instruments could be eased if the global economy worsened and the slowdown in domestic economic activity became more pronounced.

The central bank on Aug. 5 lowered the required reserve ratios (RRRs) on foreign exchange deposits by 0.5 percentage points, bringing the weighted average of foreign exchange RRRs down to 11 percent, supplying $930 million in additional liquidity to the market.