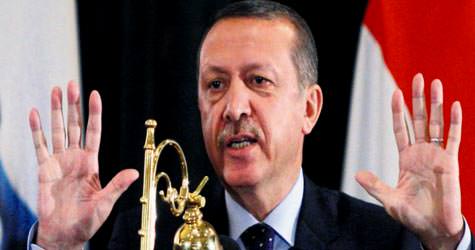 Egypt, whose Tahrir Square has become one of the strongholds of the Arab Spring, is now experiencing a ‘Turkish Spring’. In an aim to diversify the sectors with joint collaborations, 280 Turkish businessmen met with 1,200 Egyptians to put to the table projects worth billions of dollars.

Egypt, one of the central nations to experience the Arab Spring appears to now be in the throes of a 'Turkish spring' of sorts. The Turkish business world has taken its greatest initiative of late with 280 participants heading to Cairo. There they were met by 1,200 Egyptian businessmen. The one difference of this trip, in comparison to others, is the fact that Turkey came with a number of bigger brands from a variety of sectors. Attending the forum were firms such as Turkcell, Akbank, Kibar, Arçelik and Aselsan, which do not presently have investments in Egypt in sectors such as communication, banking, mining, pharmaceuticals and defense. Authorities perceive the objectives of the Forum as being to initiate a progression from a limited number of sectors such as textiles and construction to move on to larger volume areas.

HIGH ATTENDANCE
Chairman of the Foreign Economic Relations Board or DEIK, Turkish-Egypt Business Council Chair Zuhal Mansfield states, "Instead of just being active in certain areas, we need to spread out to a number of different sectors. The Egyptians have intense interest. We want to enter into a variety of arenas." Turkey's Exporters Assembly Foreign Affairs Coordinator states, "We were faced with an unbelievable mob at the forum. A very significant part of Egypt's business world was here. It was practically impossible to find room for two-way meetings. High revenue agreements are expected to be made here."

BANKS ROLL UP THEIR SLEEVES
An especially attention-drawing sector at the Forum was the finance sector. A start was made for banking investments in Egypt, which at present does not have a sufficiently developed infrastructure in the area of banking. By participating in the Arab spring tour, Akbank has already begun researching opening a branch in Egypt. Akbank's International Business Development Manager Doğan Yılmaz states, "We have attended this organization in order to research branch opening and other financial opportunities not only in Egypt, but also in Iraq as well as other Middle Eastern countries." DEIK Business Council Chairman Zuhal Mansfield states, 'We have a 3.4 billion dollar worth trade volume. For economic relations at this level, the banking system needs to be sufficient. We are not just saying to Turkish banks, 'Come and open a branch here'. At the same time, our Egyptian brothers could also start opening banks in Turkey."

TARGET OF TEN BILLION DOLLARS FROM TEN AGREEMENTS
Prime Minister Recep Tayyip Erdoğan also met with Egyptian businessmen in Cairo. Discussing trade ethics between the two countries, Erdoğan stated, "In this culture, if one has already made their first sale, then they would say, 'my neighbor has yet to make a sale, buy what you need from them.' We have now signed 11 joint collaboration agreements with Egypt. In four years, we will raise our trade volume up to ten billion dollars.'

"We also want to see Egypt in Nabucco"
Erdoğan also said he wants to see Egypt involved in the European Union's Nabucco pipeline project. "We would like to see Egypt in the Nabucco project," Erdoğan told a business forum during a two-day visit to Egypt. "Hopefully these steps that we take, along with the Business Cooperation Council and the lifting of visa regulations, will work to increase the back and forth travel commute for our businessmen, which I believe will increase investments and trade in both Turkey and Egypt. Egypt's Prime Minister Essam Sharaf states, "The future of the region depends on the role we are going to play."