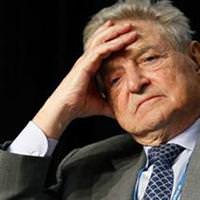 Investor George Soros, at 81, has for the first time made the list of the 10 wealthiest Americans, Forbes Magazine reported on Wednesday in the 2011 edition of its annual rich list.

Less surprising, Bill Gates again topped the list with a net worth of $59 billion, up $5 billion. The Microsoft founder has been the wealthiest American every year since 1994.

Everyone in the top 20 saw their wealth rise in the past year with the exception of investor Warren Buffett, whose fortune fell by $6 billion to $39 billion as the value of his shares in Berkshire Hathaway dropped.

Buffett has urged U.S. President Barack Obama to tax millionaires more and has pledged to give away 99 percent of his fortune to philanthropic causes.

Coming in at No. 7, Soros had a fortune of $22 billion after adding $7.8 billion to his net worth thanks to investments in gold and related securities as well as equities. Soros switched to cash in the spring, allowing him to preserve his gains and miss market turmoil caused by the sovereign debt crisis in Europe.

This summer, Soros announced he would close his hedge fund and give money back to outside investors, focusing on managing investments for himself and his family instead.

Forbes said hedge funds are notoriously secretive and that after he shut his fund, Soros shared more information with the magazine about his wealth.

"We always thought we were low on our estimates of him, but this time we had more details bringing him to No. 7," said Forbes Senior Wealth Editor Luisa Kroll.

Buffet was No. 2 and his declining fortune came as his Berkshire Hathaway stock fell by 9 percent between August 25, 2010, and August 26, 2011, when Forbes compiled its data.

"He is also the most generous billionaire," Kroll said of Buffett, noting that $3 billion of his decline could be attributed to charitable contributions.

The Forbes list comes as Obama has proposed higher taxes on millionaires so they pay at least the same rate as middle-class Americans, something he called the "Buffett rule."

Unlike Buffett, Tea Party backers David and Charles Koch want Washington to tax them less as their cash pile increases. The brothers' wealth from conglomerate Koch Industries pushed them into fourth place with $25 billion each, each up $3.5 billion from last year.

In No. 3 was Oracle founder Larry Ellison, whose wealth increased $6 billion to $33 billion.

Casino owner Sheldon Adelson was in eighth place with a fortune of $21.5 billion, up $6.8 billion.

Jim and Alice Walton, also of the Wal-Mart family, were ninth and 10th at $21.1 billion and $20.9 billion respectively. Jim Walton's fortune increased by $1 billion while Alice Walton enjoyed a $900 million gain.