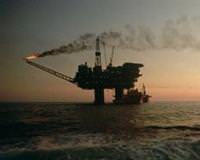 Cyprus said on Thursday it was willing to share the benefits of revenue from any gas find with Turkish Cypriots before a peace deal on the ethnically-divided island, as tensions rise with Ankara over exploiting Mediterranean energy reserves.

In Ankara, Turkey announced it was sending its own research vessel to the area on Friday in an operation which it has said could be escorted by its air force and navy, but denied it was being provocative or that Mediterranean waters would "heat up".

"My message to Turkey and to the Turkish Cypriots is to find a solution as soon as possible," Cyprus President Demetris Christofias said in New York.

"But as President I guarantee that before a solution ... that if we have revenue, we will see in which way we can use the revenues for the benefit of the two communities," he added in remarks released in Nicosia by the official press office.

Turkey, which backs the Turkish Cypriot state in northern Cyprus, has challenged the right of Cyprus and Israel to drill in an area believed to be the world's biggest gas find of the past decade. Turkish Prime Minister Tayyip Erdogan called the drilling "madness" on Tuesday.

In Ankara, Energy Minister Taner Yildiz said a seismic exploration ship, the Piri Reis, would depart for the eastern Mediterranean on Friday following an agreement signed with North Cyprus to allow offshore oil and gas exploration.

"I can say that we already had a research programme for oil and gas exploration, and we brought it forward," Yildiz told a news conference. "Our actions will never be provocative like the actions carried out by others ... In the short term, I do not expect the waters in the Mediterranean to heat up."

Greek Cypriots and their U.S. partner Noble Energy started drilling south of the island for gas this week, incurring the wrath of Turkey which says the EU member has no jurisdiction in the area. The EU and the US have backed Cyprus.

Until now, Cyprus's Greek Cypriot government had said Turkish Cypriots could reap benefits from any gas discovery but put it in the context of a peace deal on the island.

United Nations-sponsored peace talks between the two sides were launched in 2008 but progress has been slow.

Christofias later told the United Nations General Assembly that energy discoveries could help peace attempts. "I wish to reassure our Turkish Cypriot compatriots that regardless of the circumstances, they will benefit from the possible discovery and extraction of hydrocarbons," he said.

Ankara says the Greek Cypriots cannot tap reserves which it says belong to both communities of the island, and accuse them of undermining peace talks. Greek Cypriots accuse the Turkish side of dragging its feet in negotiations.
Despite tensions, both sides have continued to attend peace talks under U.N. auspices of the United Nations. In principle, they agree on uniting Cyprus as a federation.

The row over hydrocarbon reserves erupted as relations between Turkey and Israel broke down over Israel's refusal to apologise for killing Turkish activists aboard a ship carrying aid to Palestinians in Gaza last year.