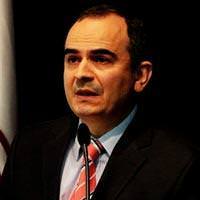 The central banks of Turkey and China are holding discussions over a currency liquidity swap arrangement to promote trade by settling transactions in lira and yuan, Turkey's central bank Governor Erdem Başçı said on Wednesday.

Bilateral trade between Turkey and China was around $20 billion in 2010, made up mostly of Chinese exports to Turkey and marking an increase of more than 35 percent from 2009.
"We have contacted the People's Bank of China, and we are working together on a swap deal," Başçı said during the Istanbul Financial Summit conference.
China has made similar agreements in the past with Brazil and South Africa and other nations seeking reduce dependence on the dollar and euro.
"Only two reserve currencies are not enough for the world. It would be great if Turkish exporters could file invoices in Turkish lira in 2023," Başçı said, referring to the centenary year for the Turkish republic.
Turkey wants to rebalance trade with China through more Chinese investments in Turkey, Chinese tourists, joint ventures in third countries and more access for Turkish goods in China.