Turkcell hearing to be held in first week of October 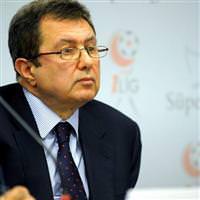 The first hearing of a lawsuit filed by Cukurova Holding to block a planned extraordinary general meeting of Turkcell , Turkey's largest mobile phone network operator, will be held in the first week of October, shareholder TeliaSonera said.

Aside from asking the court to cancel the Turkcell EGM due on Oct. 12, Cukurova also wants the agenda erased, even if the court allows the meeting to go ahead.

"The first hearing of Cukurova's lawsuit to cancel the EGM will be held within the first week of October," TeliaSonera's Erim Taylanlar told reporters in Istanbul.

The lawsuit is a bid to stave off a fresh attempt by Cukurova's Nordic and Russian partners to oust Turkcell's chairman.

Cukurova Chairman Mehmet Emin Karamehmet, who founded Turkcell in the mid-1990s, has been locked in disputes with partners TeliaSonera and Altimo, the telecoms arm of Russia's Alfa Group, since 2005.

As the boardroom struggle intensified in recent months, the Turkcell share price wilted, and has lost 18 percent since the start of the year, compared with a 15 percent drop in the Istanbul bourse's benchmark index.

TeliaSonera, which has the largest direct and indirect stake amounting to 37 percent, and Altimo, which has a 13.22 percent indirect stake, say Turkcell Chairman Colin Williams is not truly independent and sides with Cukurova.

Williams is the designated independent board member, while Cukurova, TeliaSonera and Altimo each have two seats on the seven-member board.

Though Cukurova owns just 14 percent of Turkcell, its stake carries controlling rights because of a complex management structure.

At a previous EGM on Aug. 11, Turkcell shareholders voted against giving approval for a 2010 dividend and other agenda items.