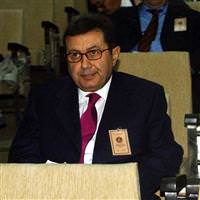 The International Arbitration Court’s shocking ruling: The Çukurova Group is to pay out 932 million dollars in compensation to TeliaSonera.

The Arbitration Court, acting under the International Chamber of Commerce, has reached a decision regarding Scandinavian company TeliaSonera's complaint regarding a disagreement on shares. The record fine: the court has ordered Çukurova Groups to pay out 932 million dollars plus interest.
CUKUROVA: WE ARE LOOKING INTO RULING
While Çukurova Holding responded to the ruling by stating they are looking into it, TeliaSonera Senior Vice-Chairman Edstrom states, "Given Çukurova total disregard of previous arbitration awards, we will take immediate action to recover damages in countries where Çukurova has assets."
In 2005, TeliaSonera agreed to buy partner Çukurova's stake in Turkcell Holding for $3.1 billion. It would then have controlled Turkcell, but Çukurova backed out of the deal, leaving Telia first to try and force it to cough up the shares and later to seek damages.