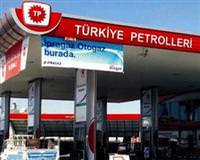 The police have leveled the field in for petroleum. The Police Support Fund will soon be opening their second petrol station with its public corporation TP. There will be a ten percent discount on the opening day of the gas station in Ankara.

The Police Department has now leveled the field, taking control over the nightmare that is fuel smuggling. Police will soon begin to selling gas and diesel from their own gas stations. The Police Support Fund (POLSAN) will be opening their first large gas station in Ankara under the name 'Türkiye Petrolleri" with their public corporation TP. Following suit with the military, which collaborated with Opet-Mehmetçik Vakfı, the police embarked upon entering the sector, by collaborating with public corporation TP Petrol. Polsan, will soon be opening their second gas station in Ankara under the TPAO (Turkish Petroleum Corporation) brand "TP Petrol Dağıtım". The first gas station was opened in Yozgat.

OBJECTIVE IS TO OPEN 100 STATIONS
On the opening day of the new station in Ankara, customers will receive a ten percent discount. The objective of the strategic partnership is to increase the number of stations to between 70 to 100 in the upcoming period. Polsan expresses an especial interest in opening up new branches in Anatolian districts. At present there are ongoing efforts to establish an additional station on the TPAO Lüleburgaz property.

FOUNDED IN 1952, TRANSFORMED INTO A HOLDING

The Police Support Fund was founded in 1952 in order to provide police officers with better social opportunities. Polsan members, of which there are around 100,000, paid a voluntary monthly fee. In the year 2000, the Police Support Fund purchased Ankara Sigorta, which was a major step in terms of depicting the foundation's growth. In 2008, the company was sold to Holland's Aegon. In 2010, Polsan founded a company entitled Portföy. The Support Fund's active growth is now at 850 million liras. .


100 VENDORS
Founded in 2006 in a project to become an integrated TPAO company, in a short amount of time TP Petrol made the top eight, out of the petroleum sectors 53 firms. There are over 100 vendors throughout Turkey. According to Ministry of Energy officials, who describe TP as being founded in order to become a regional strength, they are open to discussing partnerships that will add dynamism to the firm.