S&P cuts Spain rating by one notch on weak growth 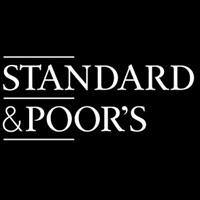 Standard and Poor's cut Spain's credit rating on Friday, sending the euro lower and underlining the challenges facing Europe's big powers as they prepare to meet G20 counterparts over the euro-zone debt crisis.

At above 21 percent, Spanish unemployment is the highest in the European Union, reflecting a stagnant economy, the collapse of a decade-long housing boom and cuts aimed at reeling in a public sector deficit which reached 11.1 percent of GDP in 2009.

High yields on Spanish government bonds point to concerns that it could be the next euro zone economy to need bailing out after Greece, Ireland and Portugal, although an unpopular austerity programme has gone some way to convincing investors that its deficit will fall to 6 percent of GDP this year as promised.

S&P announced the downgrade as finance ministers and central bank chiefs from the world's 20 biggest economies were due to meet later on Friday in Paris amid pressure to find an urgent and convincing solution to the deepening debt crisis.

"Despite signs of resilience in economic performance during 2011, we see heightened risks to Spain's growth prospects due to high unemployment, tighter financial conditions, the still high level of private sector debt, and the likely economic slowdown in Spain's main trading partners," S&P said.

It also noted the "incomplete state" of labour market reform and the likelihood of further asset deterioration for Spain's banks, and downgraded its forecast for Spanish economic growth in 2012 to about 1 percent.

Juergen Michels, economist at Citi in London, said the market was still wary of developments in Spain's regional public finances, and was aware that fiscal problems would not disappear any time soon.

"The central government has made some progress but we are still to see any improvement in regional finances ... (and) the adjustment in the housing market is not finished by any means."

The spread on Spanish 10-year government bond yields versus their German counterpart were little changed in early trade in Europe compared to Thursday.

A botched labour market reform in 2010 did little to alleviate joblessness that is concentrated mainly amongst younger Spaniards, and a new government after November 20 general elections will be under pressure to tackle the issue.

The conservative People's Party is expected to win the election easily and deepen austerity measures but they have shied away from presenting specific policy measures for fear of eroding public support.

Like Fitch, which also now rates Spain at AA-, S&P signalled further possible downgrades for Spain, saying there was still a risk the euro zone's fourth-largest economy could slip into recession next year, with a 0.5 percent contraction.

"We could lower the ratings again if, consistent with our downside scenario, the economy contracts in 2012, Spain's fiscal position significantly deviates from the government's budgetary targets, or additional labor market and other growth-enhancing reforms are delayed," S&P said.

The euro dipped in Asian trade after the downgrade, though it still remained on track for its biggest weekly rally since January. It last traded at $1.3753 , having shed around a third of cent.

Finance chiefs from outside the euro zone are expected to speak frankly when they meet their European counterparts at Friday's G20 meeting, given impatience growing over the crisis and its implications for the rest of the world.

Canadian Finance Minister Jim Flaherty set the tone late on Thursday, telling reporters before leaving Ottawa that euro zone actions were short of what was needed.