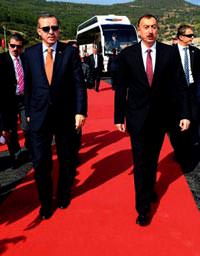 Azerbaijan said in September it would complete gas transit talks with Turkey to ship exports from its Shah Deniz field to Europe by Sept. 26 and sign a final deal in October, giving a potential boost to the European Union's Nabucco pipeline plans.

Details on the accord were not available, but Azerbaijan was negotiating to sell Ankara 6 billion cubic metres (bcm) of gas per year from the second phase of the giant Shah Deniz field and to ship 10 bcm to European customers via Turkey.