Turkish assets firmer ahead of holiday 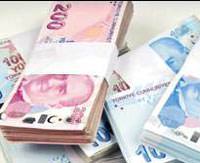 The Turkish lira was firmer against the dollar on Friday, supported by demand for the currency ahead of a public holiday next week and as risk appetite was nudged up by hopes Greece will abandon a planned referendum on a bailout deal.

Bond yields declined in low volumes and shares were higher.

Against its euro-dollar basket the lira traded at 2.0959, weakening from a previous close of 2.0750.

"Investors will monitor the Greece issue. The lira's level will continue to depend on external developments. If it breaks the 1.75 level, it could go towards 1.74, 1.7250, 1.71 levels during the holidays," said a forex trader of a bank in Istanbul.

"The lira could strengthen during the holiday period as households could sell dollars because of their lira needs and due to the inability of companies to buy dollars," he added.

Turkish markets will be closed from Monday to Wednesday next week to mark the Muslim Eid Al Adha feast of the sacrifice. Markets will reopen on Nov 10.

"Investors had to contend with conflicting newsflow relating to Greece throughout yesterday's session... Heading into the weekend, bond market activity may see some position-squaring ahead of next week's market holidays," wrote analysts at the Dubai-based Turkey desk of brokerage Tradition.

The Turkish Central Bank said on Friday it expected inflation to continue rising in the short term due to the base effect of unprocessed food prices and end the year close to levels anticipated in the bank's October inflation report.

In that report, the bank sharply revised up its end-2011 inflation forecast to a mid-point of 8.3 percent from 6.9 percent, citing excessive lira depreciation.

"If meaningful monetary tightening is not implemented Turkey may experience a real inflation problem. This suggests that there is room for front-end yields in particular to head higher," Tradition added.

The main Turkish share index was up 0.6 percent at 56,856 points, underperforming the emerging market index which was up 1.88 percent.

"The index is expected to... target the 50-day moving average roughly passing through 57,000 in early trade. Third quarter earnings so far have proved to be resilient" and the strong lira was also boosting equities, analysts from Ekspres Invest wrote in a note.

Banking shares rose 0.74 percent ahead of Akbank and Isbank's results due later on Friday.