The TOKİ model for Iraq 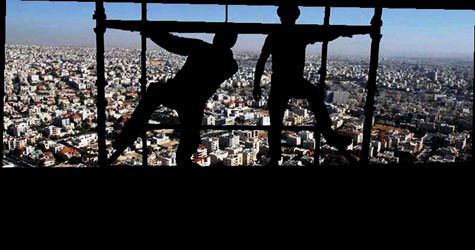 TOKİ has become a source of inspiration for Iraq, which is in need of at least 2.5 million residences by the year 2016. Iraq’s Construction and Housing Deputy Minister Istabraq İbrahim Al Shouk states that they consider Turkey’s Administration of Housing and Development as an example for their own model of construction.

While Iraq embarks upon expediting the reconstruction program in Iraq following the Saddam Hussein regime the construction sector is using Turkey's Housing and Development Administration (TOKİ) as a model.
With Çalık Holding's initiative and SABAH Newspaper and A Haber as main sponsors, The MEED Iraq Infrastructure Projects 2011 Conference began yesterday in Istanbul. During the conference, which will bring to the table projects and investment opportunities for Iraq's reconstruction, Iraq's Construction and Housing Deputy Minister Istabraq İbrahim Al Shouk used Turkey's Housing and Development Administration or TOKİ as an example for one of the economic models the nation is following. Mentioning that TOKİ has signed on to a number of significant developments in residential projects in Turkey, Al Shouk states, "Iraq needs at least 2.5 million new residences by 2016. In construction, Iraq is using the TOKİ model as an example. We could also realize the TOKİ model from here on out and in future investments and projects. Turkish companies have experience in this matter and we want them to also implement this knowledge in Iraq."
THERE ARE OPPORTUNITIES FOR EVERYONE
Stating that with an infrastructure budget planned to reach 186 billion dollars in the next five years, their doors are open to investors, Al Shouk says, "There is a lot lacking in Iraq's infrastructure. We believe that with the potential of large volume projects, there are opportunities for everyone in Iraq."
We are open to alternative collaborations…
Iraq's Construction and Housing Deputy Minister Istabraq İbrahim Al Shouk noted that at the first stage, beginning in 2012, Iraq needs 500 bridges, and a 7,000 kilometer road investment, of which with the present infrastructure 30 percent will need maintenance and repairs. "We are placing priority on defense, education and health investments." Al Shouk also expressed that as is with the TOKİ model, they are also open to alternative economic models and that in addition to direct investments they are also anticipating investments in partnerships as well as other methods of collaboration.