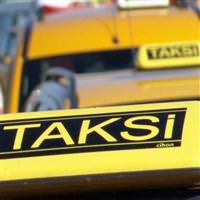 Istanbul’s taxi rates have will soon be incurring a price increase, The opening rate of 2.50 TL will be going up to 2.70TL while the kilometer based rate of 1.60 TL has been increased to 1.73 TL.

Istanbul's Metropolitan Municipality Transportation Coordination Center (UKOME) has reviewed a request for taxi rate increases made during the November 17th, 2011 meeting of Istanbul's Chamber of Merchants and Craftsmen's Union (İSTESOB) and Istanbul's Chamber of Taxi Merchants.
Accordingly, UKOME accepted a rate hike of eight percent, which equates to 2.70 TL from 2.50 TL for the opening rate and 1.73 TL from 1.60 TL per kilometer. The waiting charge has been brought up to 0.27 TL from 0.25 TL, which after the first five minutes, will be added every minute. The new taxi rates will go into effect as of December 17th.
According to Istanbul's Chamber of Taxi Merchants Deputy Chairman Ercan Akköprü, for the 17,416 taxi merchants, the eight percent rate increase is not enough to cover the price increases in petrol, spare parts and necessities.