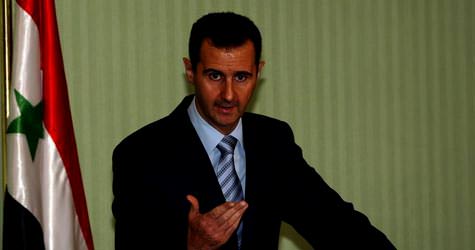 Turkey said on Friday that Syria would lose more than $100 million a year in transport revenues as Ankara finds alternative routes to export goods to the Middle East and Gulf.

Turkey is still trading with its neighbour but has sought new trade routes to the Middle East since relations with Damascus worsened.

They broke down following Ankara's increased criticism of President Bashar al-Assad over his crackdown on a popular uprising that began in March.

"It will be Syria who loses in this process of introducing alternative trade routes," the Turkish Economy Ministry said in a statement.

It said it had finalised talks to start exporting goods to Egypt via sea in January and from there overland to the Gulf.

Turkish trucks will go by ship to Egypt and use its Nuweiba port to trade with Jordan and Safaga port to trade with Saudi Arabia. Turkey said it was also studying other routes.
"After alternative trade routes start operating, Syria's loss in transportation revenues will be over $100 million per year."

Turkish truck drivers who return from Syria have described chaos on the road to Homs, a centre of opposition to government forces, saying they were sometimes caught in the cross-fire and saw bodies lying by the road and burned-out military vehicles.

They have complained of being singled out by Syrian state forces because of Ankara's tough stance towards Damascus.

Turkey, a rising economic and political power in the Middle East, was one of Syria's closest regional allies and Prime Minister Tayyip Erdogan built a strong rapport with Assad.

But as the violence worsened and Assad ignored Erdogan's advice to halt the crackdown and make urgent reforms, relations turned frosty and Erdogan has bluntly told Assad he should quit.

Earlier this month, non-Arab Turkey followed a move by the Arab League to impose sanctions on Syria which it said would target the government, including freezing state assets, banning entry by senior officials and suspending financial transactions.

Syria responded by suspending a bilateral free-trade agreement and imposing a 30 percent tariff on all Turkish imports and prohibitive duties on fuel and freight.

Turkey was a major trading partner for Syria with bilateral trade last year totalling about $2.5 billion.

Syria received more than 10 percent of its imports from Turkey in 2010. Imports from Syria made up 0.3 percent of Turkey's imports.