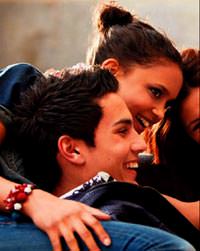 According to figures from the Mobile Communications Tools and Information Technologies Business Association, in 1994 just 175,000 cellular phones were imported. Since then, Turkey has become one of the highest spending nations when it comes to cellular phones. In 2000, seven million cellular phones were imported. The number regressed in the crisis year of 2001 to four million, 200 thousand. In 2004, the figure increased once again, this time to seven million, 550 thousand phones imported. In 2005, that figure was at nine million, in 2006, it was 12 million 880 thousand, in 2007, 15 million 700 thousand, in 2008, 15 million 500 thousand, in 2009, 13 million and in 2010, 13 million, 980 cell phones were imported.
Expectations are that this year alone, Turkey's cell phone imports will reach 15 million. According to figures from the Information Technologies and Communications Association, as of September, there were approximately 64.8 million subscribers in Turkey.