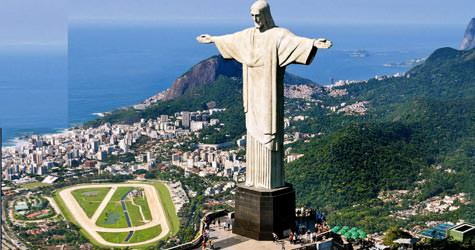 While the threat of credit rating downgrades hangs over Europe, a few big emerging market economies are on the upswing.

Indonesia provides arguably the starkest contrast. Fitch's upgrade of Indonesia's sovereign rating on December 15 restored it to investment grade status for the first time in 14 years. Back in 1997, when the Asian financial crisis exploded, the International Monetary Fund had to step in with a three-year loan worth $10.1 billion at the time.

"Indonesia's banking sector was not prepared to withstand the financial turmoil that swept Southeast Asia," the IMF said then.

Fast-forward to 2011, and it is European banks that are the focus of concern as the euro zone struggles to come up with a politically palatable way to solve its own debt crisis.

All three of the world's major ratings agencies have warned that European countries face downgrades if they cannot stem the crisis. Fitch said on December 16 that a comprehensive solution was "technically and politically beyond reach."

Sentiment toward Europe has turned so dark that the most positive thing Northern Trust economists could say about the outlook there was, "Our base case is that the euro zone does not completely collapse within the next two years."

Why the role reversal?

Indonesia's 2012 growth is expected to reach 6.4 percent, according to a Reuters poll of economists, down only slightly from 2011's estimated 6.5 percent. The euro zone is widely expected to be stuck in recession next year, while U.S. growth will probably trudge along at one-third of Indonesia's pace.

The lesson that Asia learned from its financial crisis in the late 1990s was, "make sure you've got good insurance."

Asia now holds most of the world's foreign exchange reserves, with about $4.5 trillion concentrated in China and Japan combined. But there are also large stockpiles in India, Indonesia and South Korea.

That cushion can provide protection from financial market turbulence. Indonesia, South Korea, India and others have tapped reserves this year to defend their currencies from extreme volatility.

The IMF itself seems to have learned a few lessons from its experience in Asia, especially on how deep budget cuts can hurt a country's economic growth and its citizens.

Former IMF Managing Director Dominique Strauss-Kahn acknowledged in February 2011 that the IMF's reform program had been "harmful and painful" for the Indonesian people.

Many economists worry that Europe's austerity measures, much like those in Indonesia in the late 1990s, will end up doing even more damage to the economy, worsening the debt picture.

"They react positively to news of fiscal consolidation, but then react negatively later, when consolidation leads to lower growth -- which it often does," Blanchard said.

European countries are the obvious candidates for imminent downgrade. S&P's move could come any day. Moody's said on December 12 it will revisit its European ratings in the first quarter of 2012.

While downgrades and the threat of more have received the most media attention this year, Fitch said its sovereign rating actions year-to-date were almost evenly split between upgrades and downgrades.

Since August 5, when Standard & Poor's stripped the United States of its AAA-rating, countries including Indonesia, Brazil, Estonia, the Czech Republic, Paraguay, Peru, Kazakhstan and Israel have received upgrades from at least one of the world's big three ratings agencies.

Next on the upgrade list may be the Philippines. Its leaders

expressed some disappointment that Indonesia got the nod from Fitch first, although S&P revised its outlook to "positive" on December 16.

But it is the negative actions that pose the global economic threat. The advanced economies in the Organisation for Economic Co-operation and Development have 2012 borrowing needs estimated at $10.5 trillion. A number this large means even a small increase in borrowing costs is meaningful.