A boycott would finish off Sarko 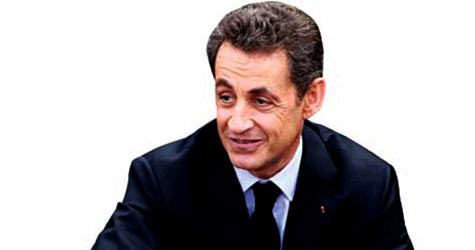 At 9.2%, France is suffering the worst unemployment rate in 12 years. With the risk of facing a policy-based ‘boycott’ prior to the elections, word is that losing Turkey, the nation’s sixth market would be the end of President Sarkozy.

While France is now experiencing the highest unemployment rate in 12 years, President Nicolas Sarkozy is face to face with the threat of a boycott from Turks. Speculation states that an increasing boycott of French goods could "finish off Sarkozy". With the passing of a draft bill which would criminalize the denial of Armenian allegations, by the French parliament, relations between Turkey and France are experiencing a rough patch. France's prime issue at present is the fact that the labor market continues to increasingly deteriorate prior to the 2012 elections.
Unemployment in France is at the worst level seen in 12 years. In November, the number of unemployed rose by 29,900 creating a total figure of 2,850,000 people without jobs. France's unemployment figure has increased by 5.2 percent since the start of 2011, reaching the 9.2% level. This level of increase in France's unemployment rate is being perceived as a development that could weaken Sarkozy's hand in the presidential elections to be held on April 22nd and May 6th.
WE ARE THEIR 11TH MARKET
France's exports to Turkey in the first 10 months of 2011 totaled five billion, 693 million euros. France's imports from Turkey for the first ten months of 2011 totaled four billion, 929 million euros. In 2009, France's exports to Turkey totaled four billion, 485 million euros, while imports from Turkey were at five billion, 78 million euros. Both nations are important for one another's export trade.
France has more to lose
According to the Foreign Economic Relations Board (Deik) Turkish-French Business Council Vice-Chairman Yılmaz Argüden; France has more to lose than Turkey in a potential boycott. Also mentioning that France's decision was an action contrary to establishment principles; Argüden states, "Boycotts and similar actions always have negative effects for both sides. However, in my opinion, France has more to lose. Turkey has a faster growing economy. In addition, Turkey has alternatives. For France, it is more difficult to find opportunities."