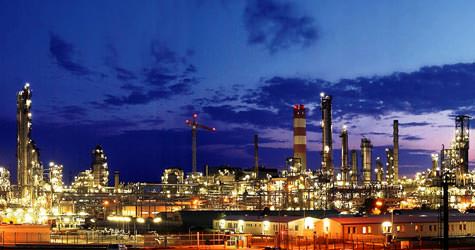 After making a mark in December, investments in the chemical industry in Turkey appear to be extending into the New Year. After investments announced by both Dow and Aditya, another mega firm, the USA’s Huntsman has purchased EMA Kimya.

One of the most in demand sectors in Turkey by foreigners, the chemical industry, has seen move after move made by mega global firms over the past month. Now, four firms have officially pressed the button on establishing investments and partnerships in Turkey. It all started with the United States' Dow Chemical signing onto a partnership with Aksa Akrilik. However, before the ink had even dried on the signed agreement between Dow and Aksa, a second investment surfaced from what seemed out of nowhere. The Indian Aditya Birla Group announced plans to build a facility for a Viscose Staple Fiber production plant in Adana. Speaking during the signing ceremony for the 510 million dollar investment for a plant in Turkey, Investment Support and Promotion Agency Chairman İlker Aycı stated that yet another mega global firm would be coming to Turkey and that they would be announcing whom in January.
HUNTSMAN ACQUIRES EMA
The latest investment set to alter Turkey's 'chemistry' transpired on the very first day of 2012. The Texas-based Huntsman Corporation announced that they would be adding a Turkish chemical firm to their conglomerate.
EMA Kimya produces polyurethane systems used primarily in the insulation, automotive, adhesives, coatings, and furniture industries. Huntmen, which has acquired the 30 ton capacity EMA Kimya, has 12,000 employees and makes nine billion dollars in revenue.