Murdoch a contender to buy Atv-Sabah 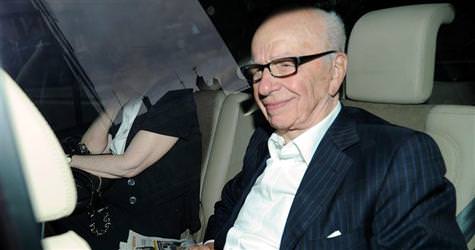 According to Wall Street Journal, News Corp may be joining the likes of Time Warner Inc. and TPG Capital to offer bids for Sabah-ATV.

Çalık Group and its advisors at Goldman Sachs were seeking preliminary bids on Wednesday; however the deadline to bid for Turkey's second largest media conglomerate has now been pushed back to next week, allowing for News Corp to also be a contender.

The sale process for the Sabah-ATV media conglomerate run by young prominent business leader Serhat Albayrak , which includes the highly competitive newspaper and television station as well as a series of popular magazines, has already received interest from U.S. media giant Time Warner Inc. and private-equity firm TPG Capital. According to The Wall Street Journal, Rupert Murdoch's News Corp will also be putting up a bid. Sources say Sabah-Atv is valued somewhere between $700 million and $1 billion. A bid from News Corp., which also owns The Wall Street Journal, could push the sales figure to the higher end of that range or above.

In 2008, Çalık Group, which also has interests in construction, energy, textiles, finance and telecommunications, acquired Sabah-Atv from the state for $1.25 billion.