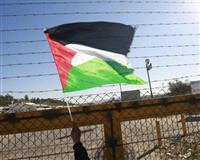 Turkey, which has already delivered humanitarian aid to Palestine, will soon also be offering financial support.

According to Palestine Monetary Authority Jihad al-Wazir, meetings have been held with a series of Turkish banks interested in opening branches in Palestine.

After sending a humanitarian aid flotilla which resulted in a political crisis with Israel, Turkey has now embarked upon helping the nation financially by way of setting up branches for a number of banks. Speaking to the Maan'a news agency, Palestine Monetary Authority Jihan al-Wazir explained that Turkish banks have expressed an interest in opening branches in the region and that meetings have been held and further information requested.

Without revealing any specifics, al-Wazir stated that should Turkish banks enter Palestine, the economy will not only strengthen allowing for the facilitation of foreign investments, but the nation will acquire further stability.

Turkey's Union of Banks (TBB) Executive Board Chairman and Ziraat Bank General Manager Hüseyin Aydın states that as a bank they do not have immediate plans to enter Palestine, however he emphasizes that if this is the case, it would be a good move.

At present, Turkish banks have 77 international branches. The number of personnel employed at these branches is 636. The active rate in the total foreign sector has reached 7.47 percent.