Ülker is a global top ten 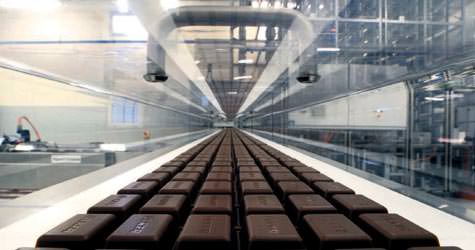 Candy Industry, the leading global confectionary magazine, has recently released a list of the “Global Top 100’ in the chocolate and candy sector in which Yıldız Holding placed in the top ten spot.

The 2011 list, named Yıldız Holding as the tenth largest company in the chocolate-candy sector, based on the 54 facilities in operation, 24,400 staff and annual revenue of two billion, 96 million dollars.

Holding's investments were influential in the company's placement in the top ten of its league. After founding the CCC firm with Denmark's Gumlink in 2010, the fruit of this investment was reaped in 2011. CCC, which was established with an 85 million euro investment, produces gum and candy in a total 65,000 square meter area of enclosed space in factories located in both Istanbul and Çorlu.

Last year, Yıldız Holding combined all of their snack foods activities under the "Ülker" roof. Efforts to increase Ülker's competitive strength launched in 2010 resulted in the establishment of a sole representative structure for the holding's biscuit, chocolate and cake categories. As a result, the company's brands; İdeal Gıda, Fresh Cake, Birlik and the AGS manufacturing firms and the Atlas sales firms have joined forces under Ülker Bisküvi, while similarly; the Atlantik sales firm has joined Ülker Çikolata. Meanwhile, Ülker Çikolata's shares were purchased by Ülker Bisküvi, which is now in charge of the group's entire snack foods operations under the sole "Ülker" umbrella.