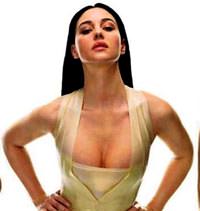 Turkey is fast becoming a new destination for Hollywood films. According to Alex Sutherland, the owner of Celtic AZ Films, the reason behind the sudden interest in Turkey is the government and the Investment Agency. Sutherland states. “The tax returns are appealing and the investment law will draw Hollywood to Turkey.”

Turkey has recently become a popular location to film for the Hollywood film industry. Producers have begun to use Istanbul as a platform, bringing a number of leading Hollywood stars to Turkey. Kevin Costner, Morgan Freeman and Matt Dillon just to name a few… This development especially boomed following the filming of Rhinos Season, which was directed by Bahman Ghobadi and stars Monica Belluci.

Ben Affleck's Argo, Taken 2 starring Liam Neeson, Tinker Tailor Soldier Spy which stars actors Tom Hardy, Colin Firth and Gary Oldman and Nicolas Cage's Ghost Rider 2 are some of the films shot most recently in Turkey and there are more projects in line.

TAX RETURNS DRAW IN HOLLYWOOD
We had the opportunity to speak with producers and AZ Celtic Films owners Zeynep Santıroğlu Sutherland and Alex Sutherland, who were responsible for bringing Argo and Tinker Tailor Soldier Spy to Turkey, and asked them why Turkey has perked Hollywood's interest.

Sutherland states, "For a year now, the state has offered tax incentives to foreign film producers. They receive a VAT rebate from what they spent here. The Government and the Prime Ministry Investment Support Agency work extremely well. Turkey not only has an abundance of locations but is also appealing for Hollywood due to the tax incentives".

Ben Affleck shot an 80 million dollar film and received a 300,000 dollar tax return. Is the VAT rebate that important to them?

Normally these types of films would be shot in Morocco or Jordan. However, when the VAT rebate regulation surfaced in 2009, filming began to increase in Turkey. The return basically means 18 percent less money spent.

Will interest increase further with the incentive law?

When it is put into effect, you will see, Hollywood will begin drifting to Turkey. The law stipulates between five to 25 percent incentives. The Ministry of Culture will be supervising the regulation. If successfully implemented, a significant industry could develop and we could reach a competitive stage with other nations. Additional foreign currency would enter Turkey and if films are shot here, employment will also be positively affected.

Will only foreign films be able to benefit from this incentive?

The objective is to draw in foreign investment. In addition, the country is also promoted. There is a scene in Tinker Tailor Soldier Spy where Gary Oldman says, "They've killed our man in Istanbul". This may sound funny, but because of that line, there are hundreds of thousands of Gary Oldman fans that want to come to Istanbul. They say, "We saw the film and we came to Istanbul."

Has Hollywood's perception of Turkey changed?

Yes, definitely. Turkey is now at the top of the list of countries to film in. However, there is still al lot of work to do. If we do it right and if we do not grasp at opportunities then the door is open. We have to be careful.

'Europe has built a barrier, Turkey is more democratic'

Why is it that Turkey has suddenly become so appealing?

Turkey has unlimited potential. People here have a high potential to do business and they have a good trade mentality. For example, we worked with the Fatih Municipality on Ben Affleck's film and they were extremely helpful.

As a British national what is it that excites you about Turkey?

I will become a Turkish citizen in August. That is probably the most exciting reason. With their laws, Europe has built a barrier around themselves, at present Turkey is more democratic. I follow Turkish cinema. They are now closing the gap with international films. "Tinker Tailor Soldier Spy" made good money in America and England and it was a great advertisement for Istanbul. Producers are now lining up for Istanbul.

Has anyone come to Turkey specifically after seen the movie?

Yes. We have received e-mails stating, "We watched the movie and have booked trips to Turkey."

What sort of economic benefits were there from the Hollywood films shot in Turkey last year?

Approximately five films brought in over ten million dollars. In addition, the filming provided approximately 15,000 jobs. They also bought materials from here. With the exception of cameras and sound recording systems, they came with nothing.

How do state departments perceive this sector?

The Prime Ministry Investment Support and Promotion Agency is extremely helpful to us. They work unbelievably well. We haven't seen such excellent service in England or Spain. The state is doing wonderful things in order to advance in the film sector. We want to support them as well as ensure that everything works like clockwork. When I went to Warner Bros. in England for the Ben Affleck film they asked me to convince them why they should come to Turkey. I spent three hours explaining to them why. They have certain impressions from the past. Supposedly those days, everything was done with bribes. They said, "We are against bribes". I told them that was no longer the system.

They signed a 30-page contract. The penal clause is now directly a prison sentence. We guaranteed everything. A law against bribery has been released in the United States. We provide extremely serious assurances. They just called last week and they want to bring other films here, because they were so pleased.