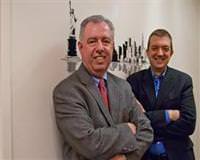 A project developed by Turkish entrepreneurs in the United States, will bring young Turkish technology and internet companies together with American investors. The businessman directing the project Murat Aktıhanoğlu states, "Our goal is to bring forth 100 people from Turkey that are just like Facebook founder Marc Zuckerberg.”


TurkTechNet, having already achieved significant success in the United States, is now signing on to a new project in which start-up Turkish entrepreneurial firms that operate in the technology and internet sectors will have the opportunity to come together with American investors. Murat Aktıhanoğlu, who offers consulting services to new entrepreneurs from all over the world and connects them with U.S. investors, says that he will now be volunteering his services to Turkish entrepreneurs. Aktıhanoğlu explains that the idea for the project surfaced from a conversation with the New York Trade Attache, and states, "We discussed the fact that despite the significant potential of new entrepreneurs in Turkey, the fact that they do not have close ties with foreign capital halts the firms' growth. We then said, "Let's realize a project that is not profit-based that in its first stage will bring ten companies to New York, where we will provide training and connect them with American investors."

Aktıhanoğlu went on to state that for the project, they have since contacted a number of establishments in Turkey including teknopark, teknokent, Turkey Economy Bank and the Turkish Chamber and Stocks Union. "First of all, these establishments will determine their own candidate companies. We will then meet with these companies in Istanbul and out of those selected; we will narrow the number down to ten that we will then be sending to New York. Meanwhile, the U.S. administration will be providing hassle-free visas to the entrepreneurs that have been selected. On May 20th, the chosen firms will arrive to New York, where they will receive training from expert consultants in their area and subsequently will be introduced to American investors. Our goal is to bring forth 100 people from Turkey that are just like Facebook founder Marc Zuckerberg."

Explaining that almost every day, he receives calls from American investors asking if there are any young entrepreneurs with good ideas from Turkey, Aktıhanoğlu also mentions that this has significantly increased over the past two years. "Two years ago, there was risk related to the country, because they had no knowledge of Turkey and they were afraid to invest in a place they were unfamiliar with. However, in the past two years, a lot of investments have been made in Turkey."

AN OPPORTUNITY ANTICIPATED FOR YEARS

In charge of overseeing the projects sponsorship, Celal Seçilmiş, who is both the Chairman of the World Turkish Business Council America Region Committee and also the Chairman for the Turkish American Chamber of Trade and Industry, underlines the fact that this project is an opportunity that Turkish entrepreneurs have been awaiting for years now.


"Turkey is ready and waiting to be discovered. Turkey is number ten in the globe in terms of internet usage and is eighth when it comes to Facebook subscribers. We have a young population. This is enough to have American investors turn their sights on Turkey."
Emphasizing that the object of this TurkTechNet project is not profit, Seçilmiş goes on to state, "We are conducting this project with the Turkish state. Everyone is excited and wants to take part. Those that are realizing this project are involved without any intentions of looking out for their own interests. We are working on establishing sponsorships that will help cover all transportation and accommodation costs for the entrepreneurs that will be arriving from Turkey."