With Arab Spring over exports are taking off 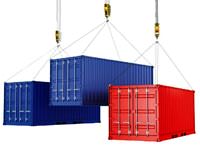 Despite the crisis in Europe and with the help of the end of Arab Spring, February’s exports, which saw an increase of 10.4%, broke a record at 11 billion, 156 million dollars.

According to figures from Turkey's Exporters Assembly (TİM) February's exports at 11billion, 156 million dollars is the highest figure ever recorded for the month of February.

While exports are generally on the rise throughout Europe, with the exception of the countries in crisis, coupled by the end of the Arab Spring, the increase in trade from these regions has brought on a record for February's exports.

Minister of Economy Zafer Çağlayan expressed that Greece draws attention as experiencing the worst affects of the negative outlook in Europe. The exports made to Greece in January and February, were the lowest figures seen in recent years, explains Çağlayan, who points out that Greek's exports are now at the 2005 levels. While Greece's exports decreased by 24 percent Portugal's exports have supposedly dropped by 30 percent.

Noting that exports to Syria have decreased by 39 percent, Çağlayan states; "In addition to the normalization of our exports to nations that underwent the Arab Spring and have since established political stability, there has also been a serious increase. Our February figures for exports to Egypt increased by 159 percent, in Libya exports have increased by 169 percent and in Tunisia, exports have risen by 71 percent. Including February's figures, our exports over the past 12 months have reached a total of 137 billion dollars. Our current year-end goal is to reach 150 billion dollars."