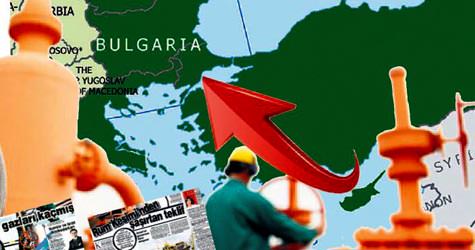 Minister of Energy Taner Yıldız states that for the natural gas excavated in the Mediterranean to be able to pass through Turkey, Israel will first need to make a political apology.

Minister of Energy and Natural Resources Taner Yıldız has brought on a requirement that Israel offer a political apology should they want to transport the natural gas extracted from the Mediterranean through Turkey to Europe. "If the Mavi Marmara situation had not reached this point, there would have been a significant number of joint projects possible in the region. This one precisely, would have topped the list," states Yıldız.

Speaking at the 'PETFORM: Petroleum Extraction and Production Conference' in Antalya Minister Yıldız discussed the excavation work done by the Greek Cypriots and Israel in the Mediterranean. In regards to the slight conflict between the Greek Cypriots and TPAO involving licensing, Yıldız stated, "Energy should not be something that provokes or establishes peace. I do not believe that these sorts of issues are factors that incite or instigate war."

Yıldız went on to state that all of the feasibility reports on the transportation of natural gas from the Mediterranean point to Turkey's geography as being the most suitable transportation route. "If the Mavi Marmara issue had not reached this stage, then this would have been the right thing to do. However, that natural gas pipeline is not worthy of the nine lives we lost," states Yıldız. He went on to state, "If we were to receive such a proposal, we could only discuss it when the political foundation is strengthened sufficiently."

'WE WILL BUY A DRILL SHIP'

Taner Yildiz also expressed that there was an injustice served in regards to the Piri Reis ship. "The ship completed its process of two-dimensional drilling. If you were to request we do three-dimensional seismic exploration then you would be making the wrong request. We have ordered a ship for three-dimensional seismic exploration. We embarked upon this because we will be continuing our deep sea exploration. The Defense Industry Undersecretary has already held the tender for the new ship and the order has been made. We will be receiving it in 2014."