21 days of shopping to bring in seven billion liras 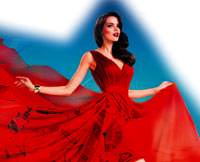 The second annual Istanbul Shopping Fest, which takes place this June, is anticipated to bring in seven billion liras in revenue. The festival, which coincides with the discount season, will also host a number of foreign brands.

Last year, the first ever Istanbul Shopping Fest was held for 40 days from March 18th to April 26th. This year the ISF has been shortened to 21 days starting on June 9th and ending on June 29th. The festival, which will have discounts of up to 50 percent on offer, is anticipated to bring in seven billion liras. According to Turkey's Exporters' Assembly Chair Mehmet Büyükekşi, "Last year, there was a 15 percent increase in foreign visitors and a 26 percent increase in shopping. Our objective is to bring the number of 773,000 tourists that come to shop up to 900,000."

Minister of Culture and Tourism Ertuğrul Günay states that the number of foreign visitors in Turkey in 2011 reached 31.5 million. The number of foreign visitors to Istanbul alone was at eight million, which was a 15 percent increase compared to the year prior, shares Günay, who goes on to state, "Our goal this year is to host over ten million foreign tourists in Istanbul."

Günay also revealed that plans are in place to hold a Shopping Fest in Ankara, modeled after the ISF. "I am also expecting similar efforts from a number of our cities such as Izmir, Antalya and Antep. They are competing with Istanbul as Istanbul competes with the world," states Günay.

Istanbul Governor Hüseyin Avni Mutlu delivered the news that the Development Agency has designated 20 million liras of grant funds from their total 95 million liras, solely for tourism. Explaining that they will be providing between 200,000 and one million liras in support for projects in Istanbul, Mutlu states; "We will be accepting applications up until May 7th and will be offering support to the best one selected."
ISF Co-Chair Hakan Kodal explains that the dates of the festival were not only determined by the discount season, but were also due to its being the most desirable time for tourists to visit Istanbul. "It is important for tourists to spend money shopping and we will be ensuring this happens," stated Kodal. ISF Co-Chair Mehmet Nane mentioned that they have set up outdoor advertisement campaigns for ISF throughout all potential countries and that Songül Öden will be joining Kıvanç Tatlıtuğ as this year's faces to promote the festival.

Istanbul streets to be filled with joy

During this summer's Istanbul Shopping Festival, all of the city's shopping centers will be kept open until 23:00 on Friday's and Saturdays. In addition, a drawing will determine a certain number of shopping centers which will remain open until 02:00 am. Special events will be held at a number of stores throughout the city. Istanbul's streets will host festivities, including concerts, shows, parties, contests and runway shows.