Mavi on the rise in the Middle East due to popular Turkish TV. shows 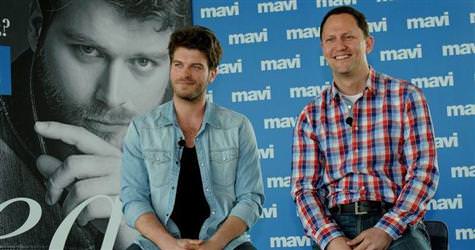 Turkish television series are breaking rating records in the Middle East, which in turn is positively affecting the trade volume of Turkish firms operating in the region.

According to Cüneyt Yavuz the General Manager of the famous ready- to- wear brand, Mavi is extremely well-known and in demand in the Middle East and therefore they have now opened stores in new important markets such as Libya, Saudi Arabia and the United Arab Emirates. Yavuz explains that the Middle Eastern market has been an interesting experience for Mavi and states that due to the import of Turkish television series, interest is on the rise. Yavuz also states that with Kıvanç Tatlıtuğ acting in the brand's commercials for the past three years, he has now become an important ambassador for Mavi in the region.

Yavuz says that in the short period of five years' time since they were first established, Mavi quickly became the leader of Turkey's jean market, however wanting to expand further; they first opened up stores in Germany and then entered the American market, the homeland of the blue jean, where they have successfully established a chain of Mavi stores.