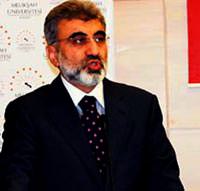 Turkey has decided to cut petroleum purchases from Iran by a tenth. One million tons of crude oil will now be replaced by Libya. Turkey, which currently imports petroleum from 11 different countries, has decided to increase their import market.

Minister of Energy and Natural Resources Taner Yıldız recently announced that one million tons of the annual nine million tons Turkey was importing from Iran will now be provided by Libya. If necessary, the country is also in talks with Saudi Arabia on spot oil purchases and longer term contacts, he added. The decision results in a drop by ten percent of the amount of petroleum brought into Turkey from Iran.


Yıldız responded to U.S. Ambassador Francis Ricciardone's comment, "Turkey must make a decision when it comes to Iran," by stating "What matters here is that this was based on our own thoughts and not on what the Ambassador had to say." Yıldız went on to state, "When it comes to sanctions on Iran, we are tied to the United Nations. This issue was one we had been planning on for awhile."

Forty percent of Turkey's total petroleum and 15 percent of natural gas needs are provided by Iran. Contracts previously signed with Iran are based on the Turkish Lira. Therefore for Turkey, which is currently wrestling with a current deficit issue, securing energy from Iran is strategic. In addition, Turkey's refineries are designed to accommodate the heavy petroleum which comes from Iran. Yıldız explains that certain EU nations import a total two percent of their total oil needs from Iran.

Tüpraş to cut purchases by 20 percent

Turkey's sole refiner Tüpraş, said it would cut imports in crude oil from Iran by 20 percent. An announcement by Tüpraş to the Public Disclosure Platform (KAP) states, "As a result of recent evaluations within the framework of the developing conjuncture, we have decided to decrease our crude oil purchases from Iran by 20 percent and will be replacing this drop through other resources."