Iraq-Turkey economic collaboration on a rise 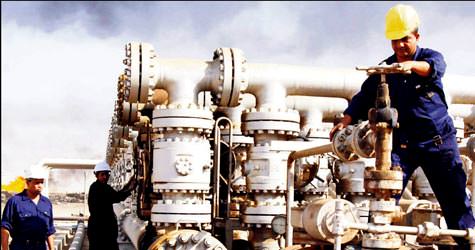 Having risen five levels up in Turkey’s export league over the past seven years, Iraq, which has now set its sights on taking the spot for Turkey’s exports, intends to open up to the world from Istanbul. Saying we “promise you the future,” Speaker of the Assembly al-Nujayfi invited Turkish businessmen to Iraq.

With an economy on the rise, Iraq is now planning to open up to the world from Turkey. Not only is the nation embarking on new investments in their rich oil and gas resources, but they are also planning on rebuilding their future with Turkey.

Paralleled by the increasing development of mutual relations, Iraq is also experiencing a significant revitalization of the nation's economy. There are currently 1,200 Turkish companies with operations in Iraq, that provide over 40,000 employment opportunities. The fact that 57.2 percent of all foreign firms in Iraq and Turkish companies is a clear indicator that relations will only continue to grow.

From Turkey's perspective, export figures clearly show Iraq's importance for the nation. When in the 1990's exports to Iraq were at around 100 million dollars annually, now the monthly figure of exports to Iraq alone is in the billions of dollars level. The nation has now become Turkey's second most significant trade partner. Just seven years ago, Iraq was seventh in a list of nations exported to. For example, in April of 2005, exports to Iraq were realized at 245 million dollars. In 2012, the figure reached 798 million dollars for the exact same period. The main speculation is that Iraq will soon close the gap with Germany, the nation currently topping Turkey's exports list, within the next few years.

BRANCHING OUT FROM ISTANBUL

In an effort to further increase mutual relations, both the Iraq and Turkish government have been working like matchmakers in attempts to bring both nations' businessmen together. The most recent endeavor by the Iraqi government was to open up to the world through Mosul, which is known for its rich energy resources. During an address delivered yesterday at the First International Ninova Investment Conference sponsored by Aktif Bank, Economy Minister Zafer Çağlayan explained that in the first three months of 2012, the bilateral trade volume with Iraq reached nearly 2.5 billion dollars, which is an increase of 41 percent.

Abdul Ghani, the director of the Investment Department of Iraq's Industry Ministry says that by the year 2019, they will need 98,816 residences. Ghani also emphasized that in addition to the industry sector, investments will be on the rise in social areas such as health and sports.