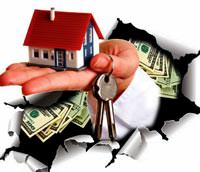 The parliament approved a bill on Thursday which eases restrictions on foreigners purchasing real estate in Turkey. The facilitating of foreign acquisitions is expected to bring in 20 billion dollars.

Referred to as the Reciprocity Law, Turkey's Grand National Assembly passed a measure that will ease the purchase of real estate in Turkey by foreigners. The passing of the regulation on Thursday was quickly followed by a flow of active interest by foreign investors. In the initial days alone, foreigners that had put down deposits in anticipation of the regulation change, signed on to purchase real estate they had set their sights on. The sector was instantly revitalized by foreign investors, especially those from Gulf nations.

Not only is the new law expected to revitalize the sector and therefore contribute to financing the account deficit, it is also expected to bring in approximately 20 billion dollars in additional revenue within two years' time. Investors intending to invest in more reliable markets due to the Arab Spring experienced in the Middle East and North Africa are expected to flow to Turkey with the passing of the Reciprocity Law.
According to representatives from the real estate sector foreigners are especially gearing towards branded projects in centralized locations. Meanwhile, a number of real estate companies have expedited plans to open offices abroad.

While representatives of the real estate sector are thrilled with the passing of the bill, they are also concerned that foreigners may suffer mishaps as in the past due to insufficient supervision of operators in the sector. Ağaoğlu Construction Executive Board Chairman Ali Ağaoğlu states, "The biggest risk is posed by illegal firms. We have heard of incidents in which the same flat was sold to a few people in provinces in the south. We hope that such events are not repeated. It is for this reason that supervision of the sector needs to be done well and a supervisory mechanism established."

Çalık Real Estate General Manager Feyzullah Yetgin also explains that they have been waiting a long time for this law to pass and with its acceptance, the real estate sector will now see an influx of 15 billion dollars a year. Yetgin says, "There is an intense demand that has been building up in the Middle East. Due to the distress in the United States and EU economies, funds will now flow into Turkey." Yetgin explains that Çalık Real Estate Investment is currently managing a four billion dollar project and states that from a location standpoint, their projects are extremely appealing to foreigners. Yetgin also explained that they will mostly be collaborating with local firms that have a grasp on the sector in the Middle East.

Ağaoğlu Companies Group Executive Board Chairman Ali Ağaoğlu mentions that the passing of the Reciprocity law will be especially beneficial in its contribution to the account deficit. "We have already realized a 250 million dollar sale. Investors foreseeing the passing of the regulation had wanted to lay money down to secure their purchase. Our target is to conduct two billion dollars in sales in 2012 and 2013. We also believe that there will be an influx of 20 billion dollars into the sector annually."

"20 PERCENT OF PROJECTS WILL GO TO FOREIGNERS"

Sur Yapı Executive Board Chairman Altan Elmas says that they will soon be opening an office in Dubai, "We were waiting for the regulation to be released. Now, we can expedite our efforts. In fact we are actually considering opening joint offices with a number of other firms all joined together under the same roof."

Elmas explains that at the first stage, they are anticipating bringing in four to five billion dollars annually. "Demand will especially be focused on central regions. I believe that 15 to 20% of the sales for these projects will be done by foreigners."

According to the Residence Investors Association (KONUTDER) and Sinpaş Executive Board Member Ömer Faruk Çelik, once the law is passed by the President, the entire sector will begin marketing efforts in nations designated by the Council of Ministers. Çelik says, "There shouldn't be the expectation that there will be an explosion between now and tomorrow. However in 2013, the sector will have grown to a scope of 15 billion euros (20 million dollars) annually." Çelik also noted that the Reciprocity Law will pave the way for urban renewal. As for apprehensions expressed by the opposition, Çelik states, "No one will be sold land. In a 100 unit project there may be five to ten foreigners. This does not pose a risk."