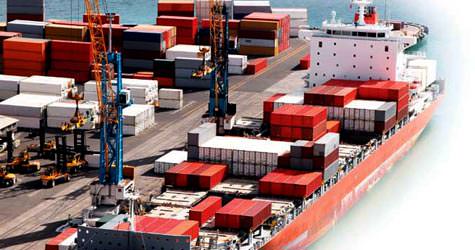 With the lira in a currently competitive position due to the monetary policy implemented by the Central Bank, exporters are smiling. With a 1.6% drop in export prices, the amount of sales has increased by 14.4%. The high currency has also resulted in a drop in imports.

The new monetary policy which has brought the Turkish Lira up to competitive levels has worked to the advantage of exporters. Exporters knocked down prices and have begun selling more products. Meanwhile, with the high exchange rate, there has been a drop in quantity of imports. According to figures released by the Turkish Statistics Institute (TÜİK), prices dropped by approximately 1.6 percent in the first quarter compared to figures from the same period the year prior. Quantity-wise there was a 14.4 percent increase. Despite the 1.5 percent increase in price of imports, there was a drop in quantity. Compared to last year, the quantity of imports decreased by 2.1 percent in the first three months of the year.


AN INCREASE IN THE MANUFACTURING INDUSTRY

ONE KILO OF EXPORTS EQUALS 1.46 DOLLARS

Economy Minister Zafer Çağlayan announced that 90 million tons of exports were conducted last year, with each kilo on average coming to 1.46 dollars in value. Çağlayan went on to state, "In Germany, this figure is 4.1 dollars, in Japan it is 3.5 dollars. If we had brand and advanced technology sales, our exports would reach 350 billion dollars."