A four-leg giant investment from GE 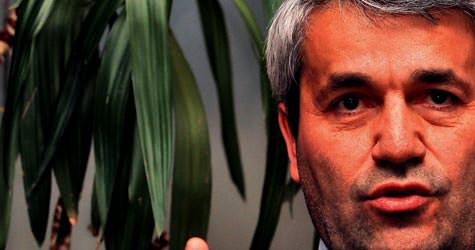 The new incentive package released by the Prime Minister has reeled in American mega corporation GE to invest in Turkey. In June, General Electric will be announcing plans to produce medical devices, aircraft engines and locomotives in Turkey. The investments will result in dropping the account deficit.

Following the announcement by Prime Minister Tayyip Erdoğan of the most comprehensive incentive package ever to be released in the history of the Republic, investments have begun to flow into Turkey. Global giants General Electric (GE) has decided to commit to a four-leg investment plan within the framework of Turkey's strategy to lower the current account deficit.

The firm aims to produce aircraft engines and locomotives in Turkey while also signing on to significant investments in energy and medical devices, which will seriously contribute to the account deficit. Having recently spoken to GE's Middle East, North Africa and Turkey Regional Director Nabil Habayeb, Minister of Science, Industry and Technology Nihat Ergün states, "We met previously in January. They told us then that they had decided to invest. They will be officially announcing their decision in June. The announcement will be made by the GE Vice-CEO who will be arriving to Turkey."

Ergün also stated that General Electric has decided to run operations in the region from Turkey and in addition to their investment plans, GE will also be building a research and development center in Turkey. Explaining that the new incentives offered were a significantly influential factor in GE's decision to invest in Turkey, Ergün states, "The investments they are considering are all strategic investments".

GE'S INVESTMENTS
* LOCOMOTIVE: The sectors GE has decided to invest in are all of strategic importance for Turkey. Considering Turkey's 10,000 kilometer-long high speed train line and the renewed railway system, locomotive production is of immense significance for Turkey.

* AIRCRAFT ENGINES: In partnership with Tusaş Motor Sanayii (TEI), and with new investments GE plans to embark upon aircraft engine production as well as in producing domestic planes in Turkey. If so, this would mark a significant step for the advancement of Turkey's aircraft industry.

* MEDICAL DEVICES: Eighty-five percent of the medical devices used in Turkey are imported. This correlates to an annual bill toppling 1.5 billion dollars. Therefore, GE's investment is of strategic importance for Turkey.

* RESEARCH AND DEVELOPMENT CENTER: GE will be designing their new models with Turkish engineers.

* PURCHASES TO INCREASE: For production, GE will be increasing purchases from Turkey's sub-industry, which as a result, will increase the industry's domestic share.

With investments that span from energy, medical services, transportation and infrastructure, GE is best known for its technology, service and operations as a financial firm.

GE has operations in over 100 countries and employs approximately 300,000 people. GE recently sold their 18.6 percentage of shares in Garanti Bank for 3.78 billion dollars to the Spanish Bank BBVA and has since signed on to a significant number of investments in energy.