U.N. uses Turkey as a model for health reforms 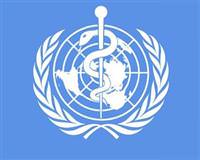 The World Health Organization has presented Turkey as an exemplary nation for health reforms.

The 65th World Health Assembly, organized by the World Health Organization (WHO), took place from May 21st -26th in Geneva, Switzerland. Turkey's Minister of Health Recep Akdağ was joined by WHO General Director Margaret Chan and WHO European Regional Director Zsusanna Jakab as well as representatives from over 190 member nations.

A meeting was held on the first day of the assembly, which aims to debate and propose solutions on current health issues, focused on Turkey as a model in terms of fairness in access to health services with examples provided by Turkey's recent reforms in the health sector.

During the conference, WHO General Director Chan mentioned that Akdağ has served in his position for the longest amount of time out of all other member nation ministers. Chan went on to state that Turkey's successful reforms in the nation's health system, pose as an excellent example for the entire world.

During the meeting, Minister of Health Recep Akdağ made a presentation describing the changes that have taken place since he took on the position in 2002 and also detailed the main factors involved in Turkey's health reform.

During his presentation Akdağ described what is entailed in order to implement successful health reforms and what the key factors are for success. Explaining what sort of lessons can be derived from Turkey's experiences, Akdağ stated that contrary to beliefs, exorbitant financial resources are not necessary in order to set up a well-operating and fair national health system. Using the Turkey example, Akdağ stated that with just 550 dollars per capita they have been able to set up a health system that operates even better than those in a number of developed countries.