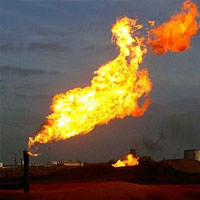 Dr. Namık Yalçın, attending professor for the Istanbul University's Geological Engineering Department states that the Turkish Petroleum Corporation (TPAO) has revealed the rough estimation that there may be a 20 trillion cubic meter shale gas reserve in Turkey. "Exploration efforts are about to begin in the Southeastern Anatolian region. There will be both drilling and exploration developed within the year."

Speaking for the Kocaeli Chamber of Commerce, Yalçın explained that shale gas is an alternative energy source that has not been newly discovered. In fact it has been known about since the mid twentieth century however due to the conditions at the time, costs of production and inadequate technology, these forms of alternative resources were unable to be tapped into.

''Ever since the 1873 petrol crisis, developed countries especially began seeking out alternative energy sources. It was at that time that the prospect of producing gas from shale formations was laid to the table. However, not all shale rock contains gas; it has to have certain characteristics. It also has to have a certain amount of organic properties, while also be mature enough. The notion of utilizing shale gas as an alternative source of energy has risen to the agenda due to it now being possible economic-wise."

Mentioning that the first well was set up in 1981 in Texas, Yalçın points out that by 2006 there were 6,200 wells. According to Yalçın there are 42 different basins located in 32 nations that have the potential to harbor shale gas.

-The situation in Turkey-

Pointing out that in terms of harboring shale gas resources, Turkey is considered to be one of the important nations for reserves such as Brazil, Argentina, Poland and China. Yalçın, who says that Turkey consumes 50 billion cubiced meters of natural gas, went on to describe the current situation in Turkey.
''In the 1990's there was work done in connection to a coal gas basin in Zonguldak. Work on shale gas is currently at the beginning stages. TPAO has a 70 year history in petrol and gas exploration. This experience contributes significantly. TPAO has announced that they roughly estimate there may be a 20 trillion meter cubed gas reserve. Exploratory work is about to begin in the Southeastern Anatolian region. Within the year there will be drilling and a well. There is another firm conducting exploratory work in the Trakya basin. The Southeastern Anatolia region, Trakya, the Black Sea, the Eastern Anatolia, the Salt Lake and its surroundings and Toroslar are all areas thought to contain shale gas reserves."

Prof. Dr. Namık Yalçın went on to describe the potential changes in the global economic and political balance in regards to shale gas procurement.
"With the United States surpassing the nation's potential natural gas needs, within four years time prices are expected to drop by 50 percent.
The procurement of shale gas may completely alter the role distribution in the global energy market. Countries such as Japan and China, which are unable to fulfill their nation's demand with their own resources, are now purchasing global market gas companies. The world was tied to Russia and the Middle East for natural gas. The serious potential of shale gas reserves being prevalent in different countries may change the balance. It may be necessary to stage a complete revaluation of the entire world's energy and energy safety policies in light of the potential of this new alternative source," states Yalçın.