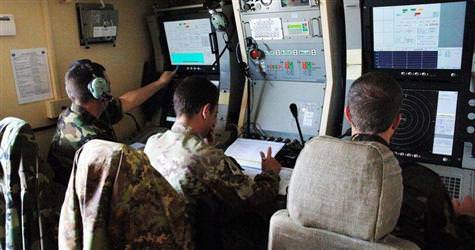 Due to the rising tension in the region, Turkey has begun to expedite the purchase of long-range missiles.

America's Patriot, Russia's S-400, China's FD-2000 and the French-Italian consortium Eu-rosam Samp-T will be competing in a on July 4th to provide Turkey with the nation's first-ever long-range missile.

According to an article by Zaman newspaper writer Emre Soncan, Ankara is now taking action due to recent developments in the Middle East, by way of expediting a four billion dollar long-range air defense system project. The final decision will be made by the Defense Industry Executive Committee in an upcoming meeting chaired by Prime Minister Tayyip Erdoğan.

Turkey plans to purchase four air defense systems, aired at preventing long range missile threats before they even enter Turkey's air field. Even though NATO's missile radar defense shield is positioned in Kürecik, Malatya in a potential attack, missiles could be launched from outside the country; therefore Ankara now feels it necessary that Turkey harbor its own air defense system. In addition, defense authorities feel that the presence of a long-range missile system will be a dissuasive factor in itself.
At present, the Turkish Armed Forces does not contain a long-range missile or an air defense system. At present Turkey's short range air defense system is provided by Rapier and Stinger missile batteries. The ATF's mid range defense system is provided by the American I-Hawk missile system. Turkey's need for a long range air and missile defense system first became evident during the U.S. operations in Iraq in 1991 and 2003. At that time and after lengthy deliberations, NATO ended up setting up Turkey with the Patriot system.

Turkey's tender for a four billion dollars missile system will have global mega firms competing for the bid. The current contenders are America's Patriot, Russia's S-400, China's FD-2000 and the French-Italian Consortium.

WHAT DO THE PROPOSALS INCLUDE?

The Patriot missile air defense system radars are able to identify enemy missiles at 100 kilometers distance and once honed in are able to demolish their targets within 15-20 seconds. Patriots have up to a 70 kilometer range.

The Russian S-400 system has the capacity to shoot missiles at 12 different targets and is also able to hit targets moving at a speed of 2,800 kilometers.

China's HQ missiles have an elevation 20,000 meters and a range of 100 kilometers.

In the Samp-T system, a single launcher is capable of carrying eight missiles. Once a target is established, the system is able to light all missiles within ten seconds' time.