Founder of Ülker, one of Turkey’s most famous brand names passes on 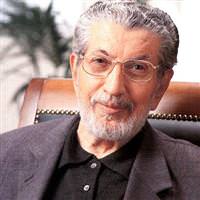 The founder of Ülker Grubu Sabri Ülker has passed away at the age of 92.

Who is Sabri Ülker?

Sabri Ülker was born in Kırım in 1920. In 1929, Sabri Ülker, 1929 immigrated to Turkey. He went on to receive his education, including studying Finance and Commerce at Sultanahmet University.
He was one of the first generation industrialists and entrepreneurs of the Turkish Republic. Sabri Ülker worked throughout his school years. When he was still just in elementary school, he and his older brother founded the Besler Biscuit Factory. After elementary school, Sabri Ülker was enrolled at the Istanbul Erkek High School, however later went on to win a scholarship for boarding school at Bilecik High School. He finished middle school in Bilecik and then moved on to Kütahya for high school. His dream was to become an engineer. However, unfortunately the conditions were not appropriate at the time. When Sabri Ülker enrolled in Finance and Commerce at Sultanahmet University, World War II began. When Sabri Ülker completed his education however, WWII had also come to an end. It was at this point in time when Sabri Ülker decided to produce biscuits for children who had forgotten what they even tasted like.

In 1994, Sabri Ülker bought a small biscuit workshop in Eminönü´s Nohutçu Han. Along with his brother and three employees, he began producing in the 100-square meter workshop. In 1948, after seeing success at the workshop, he ended up founding a biscuit-producing factory located right next to the Takkeci Mosque in Sağmalcılar Village where he tripled his production. He was able to provide his products to merchants without adding transportation costs. Later, he moved on to his biscuit factory location in Davutpaşa.

In 1970, he formed the publicly traded company Anadolu Gıda in Ankara. In 1974, Ülker began exporting his products. In 1979, he founded a second factory in Istanbul where he began manufacturing chocolates. That very same year and with significant foresight, Ülker decided to establish a Research and Development department in order to be able to compete with international firms. From the 1980's and on, Ülker began diversifying his product selection and pioneered the firm's global integration. In 1983, he entered corrugated cardboard to his product list and in 1992; he decided to enter the vegetable-industrial oil and margarine sector. In 1996, he entered the milk industry.

In 2000, Sabri Ülker handed over the administration of the firm to Murat Ülker and he himself became honorary chairman. His innovations and ideas continue to influence even today. The era of biscuit production under the Ülker brand name in 1944 now continues under the Yıldız Holding umbrella. Yıldız Holding operates 65 manufacturing and marketing firms spanning from biscuits to chocolate, sodas, milk and dairy products, baby food and personal care products all the way to packaging. Yıldız Holding's firms manufacture in a total of 43 different factories, managing to preserve their pioneering identity both nationally as well as abroad. In addition to contributing to Turkey's economic development, Sabri Ülker has also embarked on a number of social responsibility projects geared towards developing the Turkish community.

Sabri Ülker has also pioneered a number of educational projects geared towards strengthening Turkey's educational infrastructure and the nation's social development. His collaborative efforts with the Ministry of National Education have resulted in the founding of an elementary school, an industry vocational school a dorm, a library and computer labs in addition to offering scholarships for students in need.

Sabri Ülker also believed in the importance of working in collaboration with Civil Society organizations in order to leave a better existence for Turkey and the world in his wake and therefore was one of the founders of the TEMA Foundation. Ülker was responsible for ensuring that TEMA became one of the first to support projects directed at developing villages.