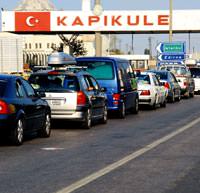 The economic crisis in Europe has resulted in drawing in the 5.5 million Turkish expats back to their homeland. While over 600,000 expat Turks have applied to be included in the Social Security Administration, 307,000 have already begun receiving retirement payments.

With unemployment on the rise in Europe, the economic crisis has begun to affect Turkey's retirement benefits. While in the past, Turkish expats would scramble to try to retire in the country of their choice, now it appears they are all setting their sights on Turkey. As of this past May, 600,000 expats have applied to receive retirement benefits in Turkey, while 307,000 have already been included in the system.

Up until recently, Turks living and working abroad were not in high demand of Turkey's Social Security Administration system, which allows Turkish nationals to pay into the retirement system in order to make up for years the individual was not employed in Turkey. However, ever since the crisis hit and with 120 billion dollars necessitated for a Euro Zone bailout, countries that used to be dream nations for Turkish expats are now quickly losing their desirability.

Turkey's health system is another factor influencing Turkish expats in their choice to return home. While European nations are headed towards curtaining their medical assistance, Turkey has now ensured its 75 million population is covered by General Health Insurance, which also includes the additional option of benefitting from private hospitals. This alone has done wonders to inspire a significant number of the 5.5 million Turks residing abroad to return home to retire.