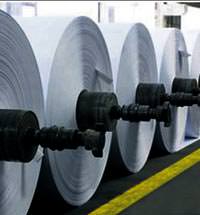 Turks are giving the kiss of life to a number of European firms on the brink of bankruptcy.

With Turkish firms already having purchased France's SELNI, Macedonia's Swedmilk and Montenegro's Niksiç, yet another Turkish firm Saray Matbaacılık is planning to dish out 15 million Euros to purchase Slovenia's Radece Papir, a company with a 276 year history in manufacturing paper.

While foreign firms are racing to invest in Turkey, Turkish firms are beginning to set their sights on a number of European firms up for grabs. As a number of nations are now placing their assets into privatization programs, Turkish businessmen are quite literally going on a hunt for European firms. On the verge of bankruptcy, French firm SELNI, Macedonia's Swedmilk and Montenegro's steel giants Niksiç have all clung to life through Turkish firms. Radece Papir, the world's oldest paper producers, is the most recent firm to follow suit. Saray Matbaacılık is currently negotiating the acquisition of the paper manufacturing firm whose roots span back to the 18th century. Established in 1736, Radece's bankruptcy department manager Borut Soklic explains that the deadline for the final offer is over and both firms are currently engaged in negotiations. In response to the 15 million euro offer made by the Turkish firm Saray Matbaacılık, Solkiç states, "This price is the most reasonable proposal. The price for the factory was based on the 6.5 million euros worth of real estate and buildings."

A NEW LIFE FOR A STEEL GIANT

Most recently, Tosyalı Holding sat down to the table with Montenegro's main steel producers Zeljezara AD Niksic and purchased the firm for 15.1 million, with the intention of investing 35 million euros. Meanwhile, France's SELNI continues to produce with Vestel, while Sütaş has purchased Swedmilk, one of Macedonia's largest milk firms. Sütaş, which has already made its first investment in the Macedonian capital Skopje, intends to grow further with the bankrupt Swedmilk in a number of Balkan nations including Albania and Kosovo.