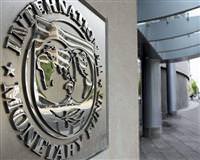 Noting that there are 97 billion dollars in the Central Bank’s reserves, Prime Minister Recep Tayyip Erdoğan stated, “We will have 100 billion dollars by the end of the year”.

Prime Minister Erdoğan was speaking at an opening ceremony at the Iğdır Airport when he explained that when the AK Party came to power there was only 27 billion dollars in the Central Bank's reserves. Noting that that figure is now at 97 billion dollars, Erdoğan announced their current target as being to reach 100 billion dollars by the year's end.

'WE USED TO ASK FOR AID, NOW WE PROVIDE IT'

At the opening, Erdoğan announced that in two years and with a total 56 million lira investment they have built a modern airport in Iğdır. Erdoğan also noted that they are nearing the end of the road on both the Ünlendi Barrage and Iğdır Drinking Water Project and will begin construction within the next year.
Six Iğdır-Istanbul flights a week

During the opening Erdoğan also announced that the airport in Iğdır will now be hosting six flights a week from Iğdır to Istanbul and four from Istanbul to Iğdır. The Prime Minister also stated that there will initially be four flights operating a week between Ankara and Iğdır which they will be bringing up to seven in August.

Support urban renewal
Prime Minister Erdoğan also expressed the importance of public support for the urban renewal project. "My citizens have the right to live humanely. There is no way we would allow Iğdır to fall behind while Tekirdağ grows."