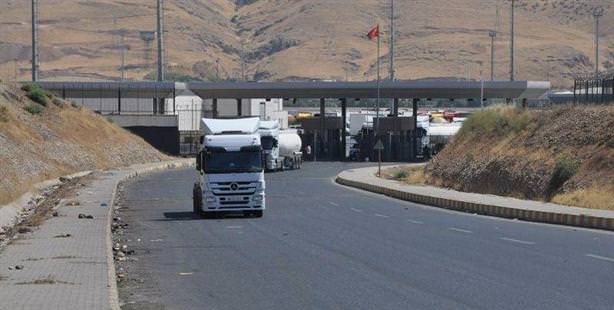 Tankers sent by Turkey to the Habur border have returned full in the first-ever delivery of petroleum directly from Northern Iraq.

Turkey has begun importing petroleum from Northern Iraq. Despite objections from the central government, the regional administration in Erbil has been conducting diplomacy in an effort to sell the petroleum produced on their own land for a long time now.

These six tankers, which crossed into Northern Iraq from the Habur border crossing, had to wait on a sample test after submitting their applications to cross back into Turkey with a crude oil delivery. The samples were sent to the Mersin refinery. Once they returned positive, the tankers exited the border crossing and headed for İskenderun. Stating that the delivery of crude petrol has begun, Doğan Orhan, one of the drivers of the tankers explained that they loaded crude petrol from Erbil, Iraq which they will then be taking to İskenderun. Ali Demra, a driver of another tanker, stated that after he returned to the Habur border from Erbil, he was forced to wait a long time for the sample results. He explained that the results arrived today and therefore he would be taking his crude oil load to İskenderun.

The Executive Chairman of the Boraksan International Customs Clearance Transporters firm Medeni Tatar also announced that crude oil deliveries have begun. "Our vehicles, which are returning full from Iraq, are entering through the Habur Border and beginning deliveries to the İskenderun İsdemir Customs Directorate. This is a first and will contribute greatly to the region's economy. I hope that our vendors and transporting firms are able to earn money from this delivery process. We are in favor of this gaining speed. Hopefully, it will be beneficial for all of us. I want to wish the best for all of our country," says Tatar.