Coca Cola names a Turk for its top two spot 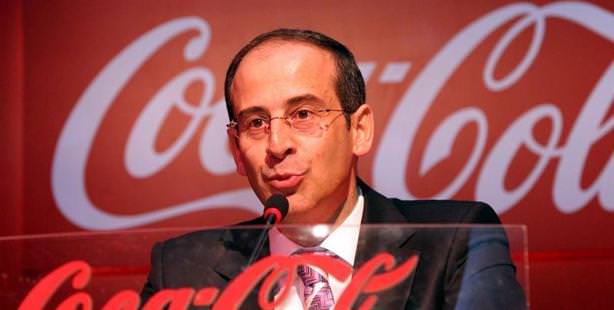 As of January 1st, 2013, The Coca Cola CO. will be divided into Coca-Cola International, Coca-Cola Americas and Bottling Investments Group (BIG). Ahmet Bozer, who has been president of the Eurasia and Africa Group since 2008, has been appointed to head Coca-Cola International, which will handle all nations with the exception of those in North and Latin America. Steve Cahillane, the current CEO and President of Coca-Cola Refreshments, the North American bottling operations acquired from Coca-Cola Enterprises, has been appointed as the president of Coca-Cola Americas, which will oversee the company's North American and Latin American operations. Irial Finan will continue on as president of The Coca-Cola Company's Bottling Investments Group (BIG).

MUHTAR KENT: "THIS IS THE RIGHT STRUCTURE TO ACQUIRE OUR 2020 GOALS"

The Coca-Cola Company CEO and Executive Board Chairman Muhtar Kent released a written announcement stating that they believed this new structure was a better fit for the company's future which is moving towards a plan Kent calls the "2020 vision," which includes the goal of doubling revenue from the Coca-Cola system.

Emphasizing that the three newly appointed administrative leaders have proven their success in a number of areas, Muhtar Kent stated, "With his strong international experience Ahmet Bozer is a leader who has achieved a number of successes in growing our business in a variety of geographical locations. Steve Cahillane played a very important role in directing our North American operations. By leading BIG, Irial Finan has taken on an influential role in the success of The Coca-Cola Company's bottling operations in four continents. We have a solid foundation and momentum in our business. Now is the time to take the next step in our evolution."

Kent went on to state, "By consolidating leadership of our global operations under two large, but similar sized geographic regions and BIG, we will streamline reporting lines, intensify our focus on key markets and create a structure that leverages synergies and gives us flexibility to strategically adjust our business within those geographies in the future," Kent said.

AHMET BOZER, HAS BEEN WITH COCA-COLA FOR THE PAST 22 YEARS

According to the firm's written statement, Ahmet Bozer began working for The Coca-Cola Company in 1990 in Atlanta as a financial control manager. In 1992, Bozer moved to Turkey as the Regional Finance Manager. In 1994, he was appointed as Executive Director for Turkey's Coca-Cola Bottling Group.
Between the years 2000-2003, he took over as president of the Eurasia Division, which became the Eurasia and Middle East Division in 2003. From 2003-2008, Bozer assumed the additional leadership responsibility for the Russia, Ukraine, Belarus, India and the South West Asia Division. Since 2008, Bozer has led the Coca-Cola Company's Eurasia and Africa Group, overseeing the firm's business operations in 93 nations.