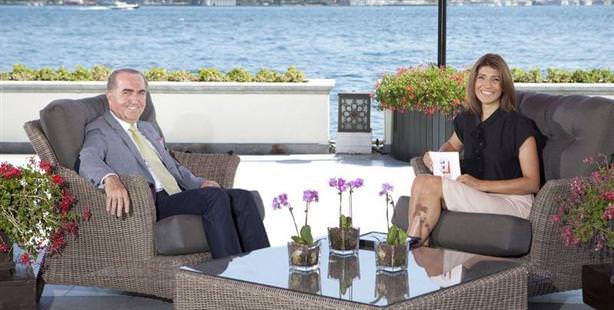 Sinpaş is joining the ranks of firms investing in factories abroad. Revealing plans to invest in Spain, Chairman of the Executive Board Avni Çelik states, “The crisis has turned Turkey into the star of Europe.”

As a guest on a program broadcasted on aHaber entitled 'İş'te Hayat', Sinpaş Executive Board Chairman Avni Çelik pointed out the fast growth in Turkey's economy despite the economic crisis that has left Europe writhing. Mentioning that a number of European nations have been crushed as a result of the economic crisis, Çelik stated, "While the European industry collapses, Turkey is becoming a star." The businessman went on to refer to Turkey's economy up until 2002 as being similar to a march by a mehter band, which goes one step forward and two steps back. "Now, no one can say that our economy is the same. For the past ten years, we have been taking two steps forward, followed by two steps forward."

Stating that Turkey's strong economic growth has strengthened its hand in Europe, Çelik revealed plans to purchase a factory in Spain. During the program, Çelik talked about the deep crisis experienced in Europe, and stated that as an industrialist he always puts forth the word opportunity when mentioning a crisis. As for his plans to invest abroad, Çelik stated, "Due to my industrialist side, I am now seeking out opportunities in Europe for ceramics. In the north part of Valencia in Spain, there is an area where there are clusters of ceramic producers. We have negotiated on buying a factory there in the near future," stated Çelik. Commenting that Europe has collapsed due to the crisis, Çelik stated, "When you look at the ceramic sector today, in terms of capacity, Turkey has become Europe's third biggest ceramic producer following Italy and France. Europe is collapsing, while Turkey is becoming even more of a star."

A LOGISTICS INVESTMENT IN ITALY

Avni Çelik went on to explain that they are also closely following other nations in Europe to invest in, in addition to Spain. Another nation that stands out in this regard is Italy. "Italy has serious logistical ties to Europe, which is something we value. However, the offer came to us from Spain. This proposal came in from an Italian machine manufacturer who set up our factory. The reason being, he wants to save himself. He sold them machines which he hasn't been paid for. At present, we are deliberating on the situation."

Avni Çelik also commented on the Reciprocity Law, which makes it possible for foreigners to purchase real estate in Turkey, by stating that it will help the real estate sector gain momentum. "This is definitely an opportunity. Up until now, we have been unable to sell Turkey's beauties abroad. Why shouldn't I be able to sell this nation's beauty to an Arab, Azeri or Turkish Republic citizen or to wealthy Europeans?" According to Çelik, the government's new regulations will open the floodgates for a number of sectors.

Avni Çelik also commented on the use of social media, such as Twitter and Facebook. "We cannot disregard digital media today. Digital marketing is an extremely important element. We try to utilize this in the most effective way possible. We also have a technology firm that is not very well known."