Turkcell CEO: "We continue to grow as Europe faces crisis" 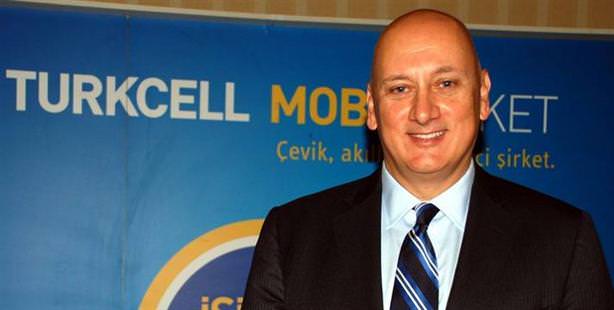 Turkcell General Manager Ciliv states that while Europe was in crisis, they managed to double investments and closed the gap with the West. “We are number one when it comes to population coverage,” says Ciliv.

Turkcell General Manager Süreyya Ciliv was a guest on a television program entitled "İş'te Hayat", broadcasted on aHaber. Emphasizing that during the period of time when the world entered into the economic crisis, they ended up pressing on the gas, Ciliv states, "We doubled our investments and as a result managed to quickly close the gap with the West. In fact, we progressed even further." Ciliv explained that Turkey switched to 3G three years ago and stated, "Mobile data traffic multiplied by 70 and prices dropped by 94 percent."

The General Manager of Turkcell, Turkey's leading mobile phone operators went on to state, "What was more important than 3G or 4G was acquiring mobile internet. There is no need to focus on letters or words. Turkey now has fast-speed mobile internet. It is 100 times faster than it was in the past. This increase in speed will continue to almost double every year."

'WE ARE NUMBER ONE IN COVERAGE'

Explaining that for years Turkey was behind when it came to technology, which is something that has now turned around completely, Ciliv states, "There was a study done by the World Economic Forum in conjunction with a university in France on 138 nations. In terms of mobile communication, Turkey came in first in population coverage. Today, we are more advanced and have higher speeds in mobile internet services than America and a number of nations in Europe."

Ciliv also commented on the call centers Turkcell has set up in Eastern Turkey. "Six years ago there was an extremely high level of unemployment in Erzurum. Today, employers in the region are unable to find staff. After Erzurum we went to Diyarbakır where we founded one of the world's most modern call centers. We now have almost 1,000 employees in Diyarbakır alone," says Ciliv.

TURKCELL IS A STRONG FAMILY

Süreyya Ciliv also mentioned Turkcell's social responsibility projects and stated, "I do not consider Turkcell as a company. I see it as a strong team that has come together from the people that have given it their hearts and minds. This team includes our staff, our customers and our branches. We are a very large and strong family. As this team, we are very pleased to be able to be doing something that benefits people."

BASE STATIONS ARE HARMLESS

Ciliv also touched upon the issue of base stations and stated, "The electromagnetic waves released by a base station are equivalent to one-one thousandth of what is released from a television antenna. I think instead of harming, it is a benefit to people's health. If a base station is far away, then the cellular phone needs to use more power. We need to inform the public."