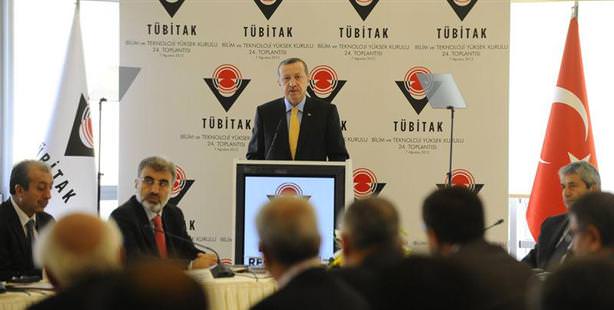 Prime Minister Recep Tayyip Erdoğan has revealed good news for investors with a grand idea but not enough capital to back it up. Erdoğan recently announced that investors in this category will be eligible for a 75 percent tax exemption.

Referring to investors who invest in firms that have a project idea yet insufficient capital as "angel investors," Prime Minister Recep Tayyip Erdoğan announced that they have been provided a 75 percent tax exemption.Erdoğan also added that over the past five years, they have ensured those who received financial support from the Ministry of Science, Industry and Technology, The Scientific and Technological Research Council of Turkey (TÜBİTAK) or Turkey's Small and Medium Enterprises Development Organization (KOSGEB) were subject to a 100 percent tax exemption. Erdoğan also emphasized that since the start of 2011, they have contributed 338 million, liras for 1,462 Research and Development projects and 240 million liras in support for academic Research and Development for 1,235 projects.

Erdoğan states, "Today Turkey has reached a level of advancement when it comes to scientific research, technological developments and innovation that is incomparable to where the nation was ten years ago. The developments achieved as a result of a number of projects funded by TÜBİTAK alone clearly show this to be true."

Speaking at a Scientific and Technological Council Supreme Board meeting Erdoğan went on to deliver the following messages:

* BALLISTIC TRACKING SYSTEM:" TÜBİTAK sent Turkey's first-ever domestic surveillance satellite RASAT, designed and produced by the Aerospace Research Institute into space. We are also planning on sending the Göktürk-2 satellite into space by the end of the year. We are also now exporting to Saudi Arabia one of the world's best ballistic tracking systems, also developed by TÜBİTAK."

* EDUCATION BACK TO SQUARE ONE: "When we look at communities in which science, technology and innovation has become a locomotive for development, we see that the highest importance is placed on sourcing people. It is for this reason that we need to start from square one in order to develop our education system."


Four critical decisions were made at the Science and Technology Supreme Board, chaired by Prime Minister Tayyip Erdoğan.

Accordingly, university exams will no longer take place once a year, they will be held three to four times a year in a digital environment. In order to prevent our informatics sector lagging behind the world's developed nations, elementary school curriculum will be revisited. Mathematics, Science and technology courses will be increased. Grants will be provided in order to bring our number of research and development specialists up from 60,000 to 300,000.