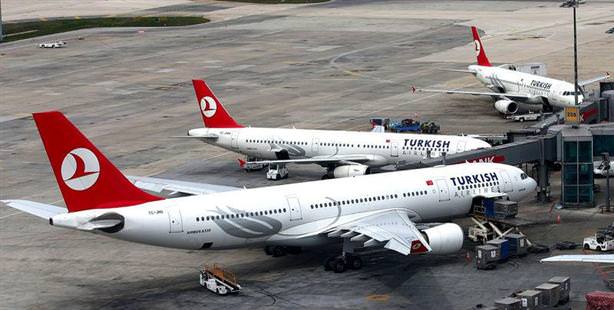 During the official holiday marking the end of the month of Ramadan, which begins on Sunday, ten million people will be hitting the road by bus. Turkish Airlines has had to add 46 additional flights, while Istanbul’s Sea Buses will be making a total 4,000 trips. The prime destinations this holiday are popular summer season locations.

With the start of the four-day official holiday, the nation's buses, planes and sea buses have begun to offer a record number of additional services. Turkey's Bus Operators Federation (TOFED) President Mehmet Erdoğan states that including trips that began on Thursday, a total ten million people will be riding the bus this holiday season. Erdoğan explains that on average, 2,000 buses depart daily from Istanbul; however that figure dropped to 1,400 during the month of Ramadan. As of Thursday, 2,000 buses resumed operation daily. "However," Erdoğan says, "during the official holiday, this figure will reach 3,000. There will be 1.5 million people travelling daily. Calculating in those who were unable to find tickets during the holiday and are therefore forced to travel before or after the four-day break, there will be ten million people hitting the roads this holiday season." Kamil Koç alone will be offering an additional 75 bus trips. Erdoğan says that the destinations of choice are summer spots such as Bodrum and Antalya.

Airlines to see a 15 percent rise

Turkey's Private Sector Aviation Operations Association (TÖSHİD) Secretary General Musa Alioğlu states," On average, 1,000 to 1,200 planes take-off from Istanbul daily. If we consider that over half of these are Turkish aviation companies, then that means there is serious traffic. During this holiday season, private airlines will experience a 15 percent increase." Alioğlu also pointed out that the fact that this year the holiday falls in August has led to travelers preferring summer destinations rather than trips to their hometowns.

This is a translation of an article originally written by Dilek Taş.