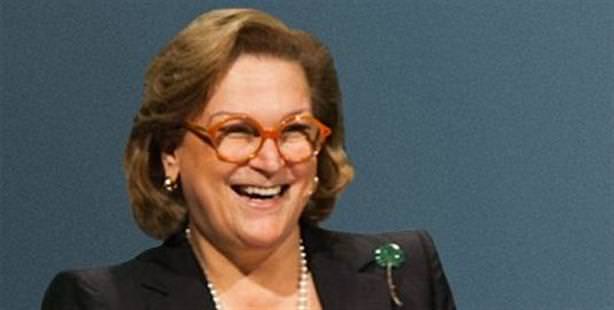 Sabancı Holding Chairman and Managing Director Güler Sabancı has been named the 93rd most powerful woman in the world by U.S. economy and business world magazine Forbes.

The top position on the list remained the same as last year, with German Chancellor Angela Merkel taking the number one spot as the most powerful woman in the world for being a 'lead player in the euro zone economic crisis.'

Following Merkel in second place on Forbes 100 Most Powerful Women in the World list is U.S. Secretary of State Hillary Clinton. The U.S. Secretary of State who frequently paid visits to Turkey due to the internal strife in Syria was followed by the first female state leader in Latin America's most powerful nation Brazil Dilma Rousseff.