Turkey is a global example for employment success 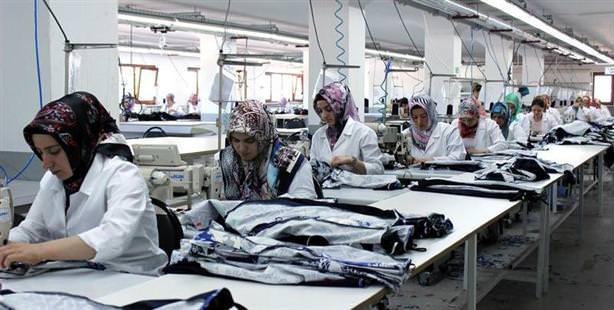 Turkey’s successful economic policy, which has allowed the nation to remain upright during the global crisis and to keep the unemployment rate down to lower than that of EU nations, was used as a global example in recent analysis by the International Labor Organization (ILO).

The International Labor Organization (ILO) has used Turkey's performance during the economic crisis as an example to the world in recent analysis. The ILO based their analysis on Turkey's economic policies which allowed for the nation's 8.2 percentile unemployment rate, which was lower than even the U.S.'s 8.3 percent, and left European nations with 20 percent rates in its wake.

The analysis underlined a number of Turkey's successful policies citing that in addition to taking macroeconomic measures; the government decreased labor costs, and ensured that instead of firms letting workers go, there were further hires. The ILO points out that after decreasing the cost of the labor force, undeclared employment also dropped and the increased social security spending and employment amongst the youth and females as well as the opening of courses were all influential factors during this timeframe.

The analysis also found that the offering of tax benefits to workplaces that provided their employees training was a positive policy. The study also emphasized the significant strides taken in terms of technology and Research and Development over the past five years, underlining the fact that support for education and R&D not only increases the labor force but it also is positively reflected in the quality of the workforce. New regulations enforced in favor of employers have also worked to increased unemployment amongst women and the youth. The analysis states that the state's decision to finance workforce costs and implement tax deductions for five years has worked to increase employment in less developed regions. The ILO analysis also points out Turkey's success in focusing efforts on less developed regions. With a number of transfers from desirable urban environments to lesser developed regions, in 2011 alone 730,000 people were employed as a result of the regional project.