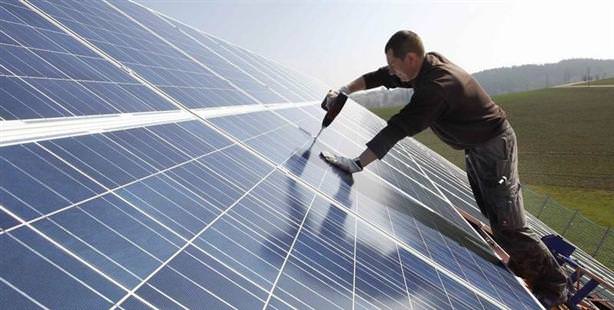 American ICA has tapped into Turkey’s solar energy potential and will soon be investing in Kilis. With a six billion dollar investment, the firm plans to provide for five percent of Turkey’s electricity needs.

A series of new incentives are working to increase foreign investors interest in Turkey, The United States' based International Capital Alliance (ICA) Group is just one that will soon be coming to Turkey to invest six billion dollars in the nation's solar energy potential. Taking into account the government's national incentives for renewable energy investments, ICA has requested a plot in Kilis' Organized Industrial Zone where they plan to set up a solar panel manufacturing factory.

According to the information received, ICA has decided against their previous plans of investing in Mexico and will now be moving the project of producing solar panels and fields to Turkey's southern province of Kilis. This of course places the United States' ICA at the top of the list of most significant investors planning to enter Turkey. ICA officials spoke with Minister of Science, Industry and Technology Nihat Ergün recently to reveal their investment plans.

In the initial stage, the firm plans to invest 700 million dollars to build a 200 megawatt capacity solar field. According to the information obtained, within the next three to four years, ICA plans to increase their capacity up to 2,000 megawatts, which is approximately equivalent to a six billion dollar investment. The solar power station to be set up in Kilis will consist of entirely 100 percent domestically-made solar panels. Turkey has yet to have a solar power station, with ICA's investment, five percent of Turkey's current electricity capacity will be provided for.

The U.S.'s ISET, one of the partners in ICA's production group, has 30 years' worth of experience placing then amongst one of the most significant producers of solar panel technology in America. ISET, which has also manufactured solar panels for NASA, has realized 25 research projects thus far for American institutions.

CHANGING THEIR MINDS ON MEXICO

According to the new Renewable Energy Law released last year, incentives of 13.3 dollars are offered on the kilowatt. If the investment involves domestic products that incentive increases up to 22 dollars. The U.S. firm, which not plans to invest in Turkey rather than Mexico, will be able to secure a more significant guarantee of purchase. Last week, Minister Ergün had announced that he was working with a U.S.-based firm on an investment in Kilis.